Let’s say you are working in Google Docs or writing an email inside Gmail and need to add a screenshot image into your current message /document. How do you do this? 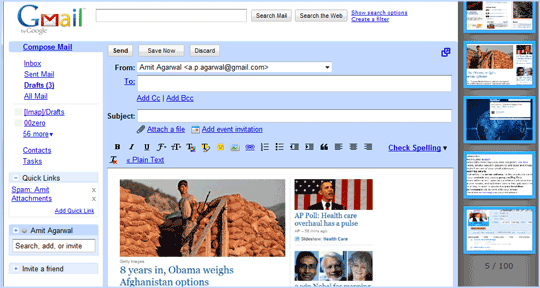 You will first capture the screenshot using the good old Print-Screen key (or via some screen capture utility), then you’ll save that screenshot to a file and will finally upload that image file from the desktop into your email message /document. Right?

If that’s your workflow, iClippy can help you simplify it. iClippy is a screen capture tool that also comes with some free online storage so the moment you capture an image on your desktop, it will also become available on the Internet.

Jing, Skitch and a dozen other tools offer similar functionality but what’s unique about iClippy is that it lets you copy-paste screenshot images into web applications (like email or online word processors) with one click without having to save the pictures to the local computer first. Here’s how:

You may use iClippy to directly paste screenshot images in Google Docs, Gmail, Yahoo Mail, Skype, or even the online blogging editors of Blogger and WordPress.

When you perform a screen capture with iClippy, it will add both the image and the web URL to the clipboard. This is useful because if you do a paste in an IM window or the Twitter message box, only the URL of the screenshot image will appear but if you do the same operation in a rich text editor (like that of Gmail), the actual screenshot image will be added and not the URL.

iClippy also includes OCR functions so it can help you extract text from screenshot images of error dialogs, etc. I could not get this to work on Windows 7 as the program would crash each time I hit the OCR button. Otherwise, it looks like a useful program for people who have frequently include screenshots in the emails. 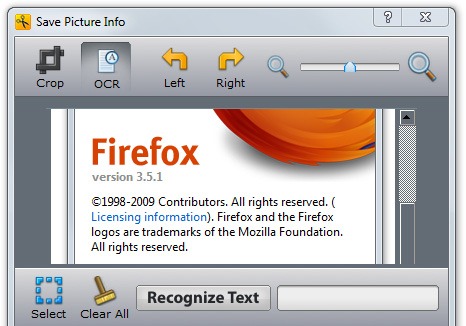