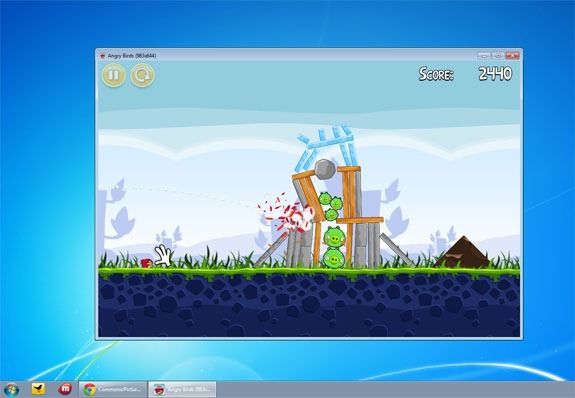 Angry Birds, the most addictive video game ever, is now available for your Windows PC as a standalone game.

Rovio Mobile did release an online version of Angry birds a few weeks ago that was powered by Flash but this new version is native Windows app that requires no browser, no Flash and you can even smash the pigs while you are offline.

After playing the PC version of Angry Birds for a few minutes now, I am convinced that this offers a much better gaming experience than the previously released Flash version. You can either play the game in full-screen mode or resize the game window in case you want to record a walkthough of the game.

Angry Birds for PC costs $5 but they do have free working demo with all the initial levels unlocked. You can buy the full version using PayPal or your credit card - they’ll send you a serial number via email and that will unlock all the 240+ levels in the demo version itself.

Angry Birds is compative with Windows XP, Vista and Windows 7. You will however need an internet connection for the activation process.