The first tweet was published almost 8 years ago and Twitter has come a long way since then. There’s a whole ecosystem of apps and services available now that allow us to use Twitter in more ways than ever before. This guide curates the best tools that will help you get the most out of Twitter. 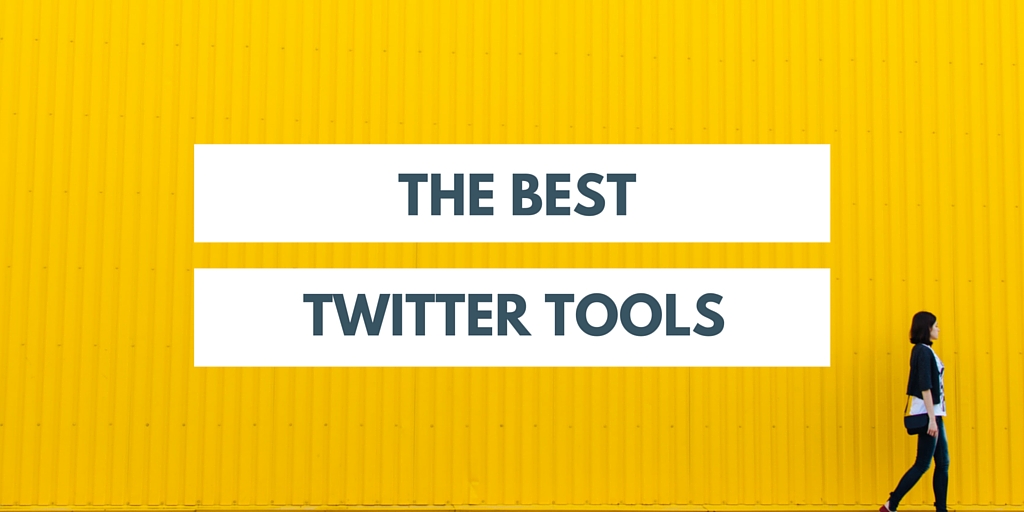 1. Nuzzel - This works as an intelligent filter for Twitter and helps you discover the most popular news stories shared across your Twitter network. All signal, no noise.

2. Flipboard - Connect your Twitter account to Flipboard and it will create a beautiful magazine for all your Twitter feeds that you can flip through on the web (example), mobile and Windows 10 devices.

4. TallTweets - It lets you send tweets of any length by slicing your long tweet into multiple 140-character tweets (sample) and sending them in sequence.

5. IFTTT / Zapier - Whether you want to tweet by email, cross-post tweets to Facebook, or need a way to easily upload your Instagram pictures as native photos on Twitter, these tools can easily automate such tedious tasks.

6. Spruce / Canva / Adobe Post - Pick a photo, write some text and watch as these tools transform your text into a typographical masterpiece.

7. Storify - A web-based app that helps you find and curate tweets around topics and turns them into stories. You can also pull in YouTube videos, Facebook posts and other content from the social web in your stories.

8. Twitter Curator - This is like Storify for Google Docs (demo). You can search, filter and collect tweets right inside a Google Document.

9. Buffer - The best app for scheduling tweets. They offer useful analytics and the same tweet can be simultneously published to Facebook and LinkedIn as well.

10. Twitter Archiver - Specify a search phrase or an #hashtag and the archiver will pull in all matching tweets into a Google Sheet where they’ll live forever.

12. CrowdFire - A handy tool to keep track of your unfollowers, send auto DMs to new followers, find dormant users in your Twitter timeline and more.

13. Egg Followers - Find all your Twitter followers that are still using the default egg as their profile picture. They are likely spam accounts.

14. TwitterCounter - See how your Twitter circle has grown over time. Some of this data is now available inside Twitter Analytics.

15. TweepsMap - It creates a Google Map of your followers so you know where they are coming from.

16. Daily140 - Get a daily email with most recent follows and favorites of any 5 Twitter users of your choice.

17. Tweriod - The tool analyzes the time when your followers are most active on Twitter. You can time your tweets accordingly for maximum reach.

19. TwitterFontana / VisibleTweets - Show tweets for any search term in real-time  on a big display. Useful for events.

20. PayWithTweet - Tweets are a form of social currency and some websites will happily give away design goodies, PDF ebooks, coupon codes, etc. in return for tweets.

21. ClickToTweet - The site will transform your text, say a quote, into a tweetable link. Useful for putting links in email newsleeters.

22. TheHash - It aggregates the most popular tweets around trending hashtags for the day and puts them in a beautiful visual design.

23. Direct - It brings a messenger-style interface to Twitter allowing you to chat with anyone through DMs.

24. Twitter Merge - Send personalized Tweets or DM multiple peope in one go from a Google Spreadsheet.

25. Twipho - A search engine for Twiter but limited to tweets with images.

27. T4BP - Short for Twitter For Busy People, the site lets you quickly see updates from all your Twitter friends in single page.

28. Out Of Office - Setup an out-of-office reply bot similar to the one you have in your email program.

29. Web TweetDeck - The only reliable Twitter client that works in the browser without having to install any app. Includes tweet scheduling as well.

31. Fake Tweets - With a little CSS, you can change the text of any tweet and create fake screenshots similar to the ones you regularly see on satire websites.

Bonus Tip: If you tweet labnol.org, Twitter will convert your text into a link pointing to the actual website. In order to prevent Twitter from doing so, insert a zero-width space after the dot. See how.