How Can You Create Fake Screenshots

Don’t believe everything you see on the Internet because screenshots can be easily faked. Sometimes these fake images are for pure fun – like you putting your picture on the cover of TIME magazine, sometimes they may be deceptive. 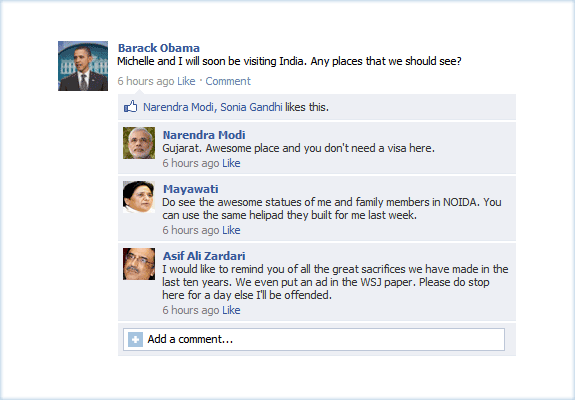 My favorite is Wall Machine – a service that lets you you create fake screenshots of Facebook walls and other Facebook related activity - like X is now a friend of Y or Z changed their relation status on Facebook. Every part of that screenshot can be customized including the conversation text, the profile images and you can have as many comments on a Facebook post as you like.

Another service – iFakeText - lets you make screenshot images of text messages exchanged on an iPhone. Just enter the text of the SMS conversation in a proper format and generate the screenshot.

I also like Fake Tweet Builder for creating screenshot images of Twitter conversations that may or may not have happened. The screenshots of individual tweets look extremely real and you may also use customize the profile pictures, the name of the Twitter client and how many times a particular tweet has been retweeted.

Ticket-o-Matic lets you print boarding passes of any popular airline, Fodey generates newspaper clippings while Expense Steak creates PDF receipts of restaurant bills and office supplies for a given amount. When you print these receipts on paper, they’ll look real but there’s little potential for misuse as they carry old dates.

Finally, if a web form makes it mandatory to fill the street address or the phone number, use this website to generate random data for putting into that form.