A Request to Google AdSense Team

This is an open request to the AdSense team at Google.

There have been just too many issues with AdSense during the past week or so. The reporting delays are getting too frequent now and then some major technical glitch occurred last week that probably had an impact on the revenue of some AdSense publishers.

The problem resurfaced today and most AdSense users are seeing a screen like the one above - the Google ad impressions are in line with their regular page views but there’s no other data.

The issue has been around for the past 5 hours or so but the AdSense blog doesn’t have an update yet but if you check Twitter or any of the web forums, there’re tons of people already discussing the issue - here’s a snapshot. 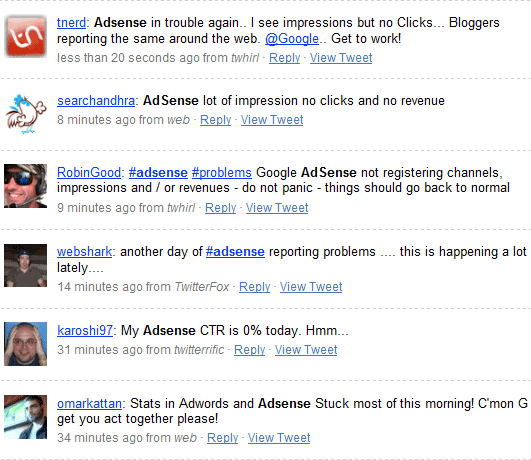 These are no “official responses” but when we see another AdSense publisher facing the same issue as us, we sort of assume that the problem is universal and not necessarily specific to our own AdSense account.

Am sure AdSense engineers are in the process of fixing the reporting bug but here’s another humble request - please add the Google AdSense service to your Apps Dashboard as it will help the hundreds and thousands of AdSense publishers out there to monitor the health of the system that pays their utility bills without having to scan poor man’s email.

Google AdSense probably has a wider user-base than Google Video or Google Sites so it’s definitely a strong contender for getting a place in the Apps Dashboard. Thanks for listening. 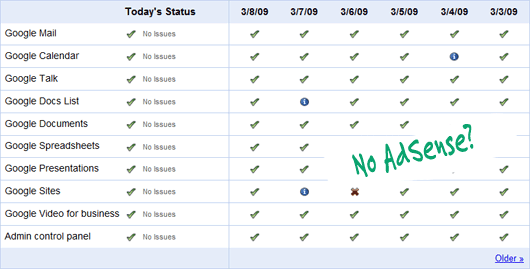