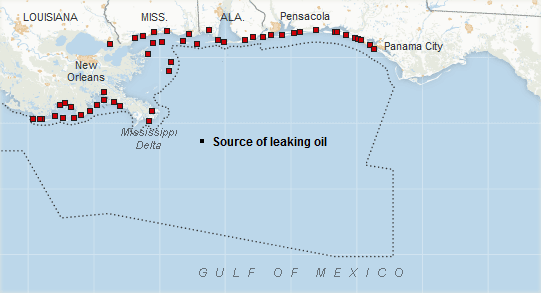 The oil spill in the Gulf of Mexico is now one of the largest oil spills in history and it has had a major impact on the lives of people who are based in the gulf coastline states and around. This interactive map from The New York Times will show you all the regions where the leaking oil has been spotted so far.

Now do you have any friends in the gulf region who may have been affected by the oil spill? Pepsi has developed a Facebook application called Do Good for the Gulf  that can help you answer that question.

The app scans your Facebook friends list to determine how many of your friends are from or currently live in a U.S. state that borders the Gulf of Mexico. These include the states of Louisiana, Mississippi, Alabama and Florida.

The app reads the “current city” from your friends profiles to derive the total count but if any of your friends have permanently blocked third-party apps on Facebook, they will not be reflected in the count. Thanks @ShivSingh.