Microsoft Office or Office 365 - Which Edition Should You Buy?

Microsoft has introduced a new version of their trusted Office productivity suite and home consumers essentially have to make a choice between Microsoft Office 2013 and Office 365. 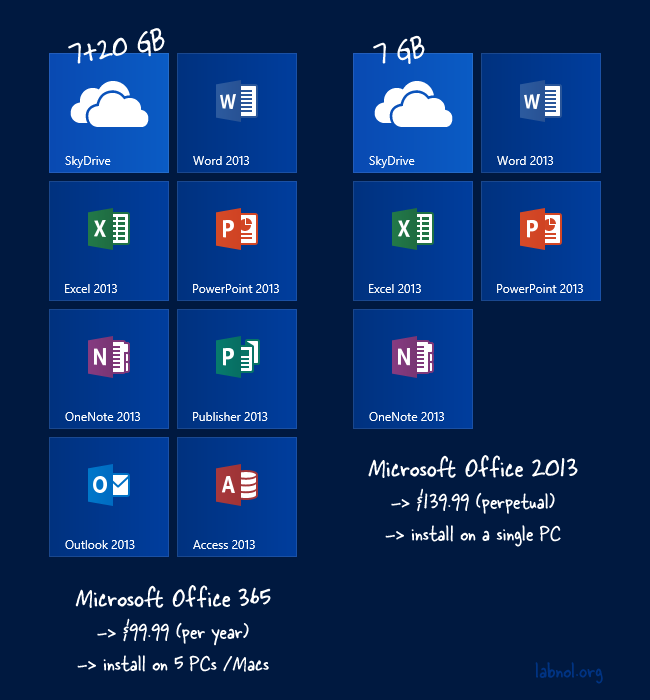 Microsoft has introduced a new version of their trusted Office productivity suite and home consumers essentially have to make a choice between Microsoft Office 2013 and Office 365.

Before we delve deeper into the topic, please note that the new Microsoft Office editions are only available for Windows 7, Windows 8 and Mac OS X machines. Also, there isn’t an upgrade path available so even if your computer is running Microsoft Office 2010, you’ll still have to buy the full license.

Microsoft Office 2013, like the previous versions, is a bundle of core Office programs including Word, Excel, PowerPoint and OneNote. A single license would allow you to install the Office suite on just one Windows PC.

Microsoft Office 365 is a suite of the same Office programs but here you have an option to install Office on up to five different Windows PCs or Macs. There are not product keys to enter as everything is tied to your Microsoft account. You also get 20 GB of extra storage space on SkyDrive with Office 365.

Another advantage with Office 365 is that you can stream the full version of Microsoft Office on any Windows PC on demand.

This is useful in situations when you are working on someone else’s computer that doesn’t have a copy of Microsoft Office – go to office.com, sign-in with your Microsoft account and within minutes you’ll get the full version of Office on that computer. The Office software is “streamed” and isn’t permanently installed on that computer (just like web apps). 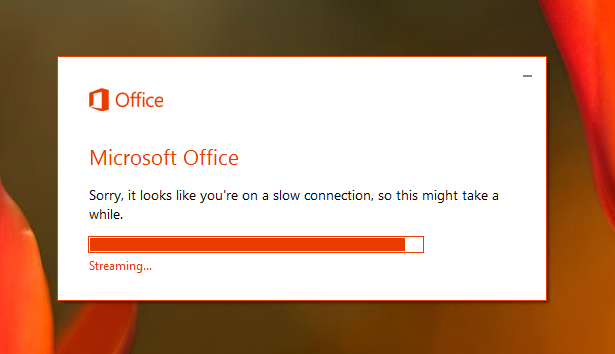 With Office 365, you can temporarily install Office on any Windows PC

The Microsoft Office 2013 license is valid forever and you can use it for the life of your PC. However, in the case of Office 365, you don’t get a perpetual license but are required to pay an annual subscription (it’s like renting the Office suite).

Thus, deciding between the two Office editions should be easy. If you have multiple computers at home or need access to the entire suite of Office products (including Outlook, Publisher and Access), go with Office 365 else the Office 2013 Home edition could prove to be a more economic option in the longer run.