There are two things which I really liked about Yahoo! Currency Converter - first, it doesn’t assume that you know the currency name of a country and second, it lets you find out the exchange rates for any previous date.

The tool is done in AJAX so the currency conversions happen as you type (see screencast). The converter can even recognize currency by the name of capital cities so you could just type Dubai to use the official currency of UAE in your conversion. 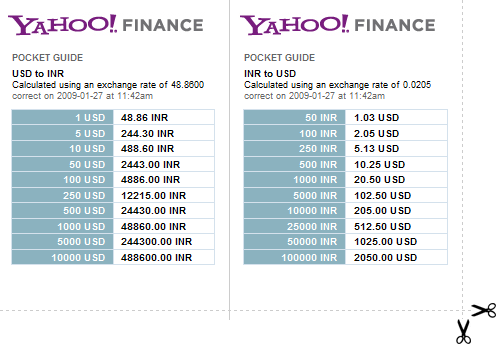 And if you are travelling, Yahoo! currency converter now provides cut-out guides to help you figure out the rough value of foreign currency notes in different denominations.

See some more currency converters. [via]