Do you use Microsoft Office programs for creating documents and then use Google Docs to edit these documents online or as an offsite backup?

Well, now that Office 2010 and Office Web Apps are available under public beta for free, here are some reasons why you should consider uploading documents, presentations and spreadsheets into Office Web Apps via Windows Live SkyDrive in addition to your Google Docs account.

You can upload office documents as large as 50 MB into Office Web Apps via Windows Live SkyDrive but the size limits are much less in the case of Google Docs. For instance, you can only upload Word Documents up to 500 KB, Presentations up to 10MB and Spreadsheets up to 1MB into your Google Docs account via the web.

If you are writing documents inside Microsoft Office, Office Web Apps are will preserve the document formatting much better than Google Docs. 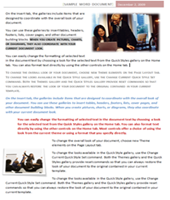 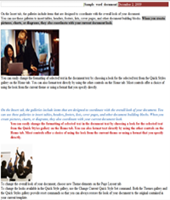 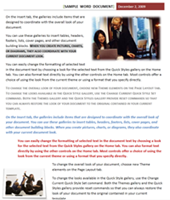 Google Docs does not support .pptx which is the default file format of PowerPoint 2007 and 2010. You can however upload Word (docx) and Excel (xlsx) files into Google Docs. Office Web Apps with Windows Live SkyDrive supports all newer Office file formats.

4. Public Documents are in the Lifestream

Even if you upload documents into a publicly shared folder on Google Docs, you’ll still have to inform your audience about the location of these files. In the case of Windows Live SkyDrive, the documents are automatically published in your lifestream as soon as you upload them so everyone in the network can see them without you having to share any links.

Both Office Web Apps and Google Docs are still early products and do not support all the rich features that are available only inside Office desktop applications. Therefore, if you create a document or presentation inside Microsoft Office and then upload that file on to Google Docs or Windows Live SkyDrive, some of the document features (for example, slide transitions) won’t be available in the web version of the document.

But there’s one big difference here that I will try to illustrate with an example.

When you upload a document in Office Web Apps, the application will automatically preserve all the data in that document even if a particular feature is not currently supported by the online applications.

For instance, if your PowerPoint presentation contains a slide transition (e.g., Vortex) that is not supported in the online version of Office, the feature will be preserved in your presentation even if you upload it on to Office Web Apps via Windows Live SkyDrive. Later, when you download and open that presentation inside PowerPoint, it would be just like the original version. The content is not ‘lost in translation’ with Office Web Apps.

Are you using Google Docs as a Document Backup Service?

Some Microsoft Office users use Google Docs for “offsite backup” but there’s a small risk here because later, when you decide to download these documents from Google Docs into your local drive, some of the features of your original documents would be lost forever.

Office Web Apps won’t just preserve all the original features of your documents but you can also download entire directories of Office documents as a ZIP file with a simple click.