How to Sell your Music on the Internet

It is now easier than ever before to sell your music to a worldwide audience. I’ve been a musician since childhood, and while education, travel and then working for a living got in the way of my dream of becoming a guitar hero, I have never given up hope. Indeed, I’ve spent the last couple of years writing and recording an eclectic mix of songs. The next obvious step was to find some way to get them heard, which is where the advent of social media came into its own. 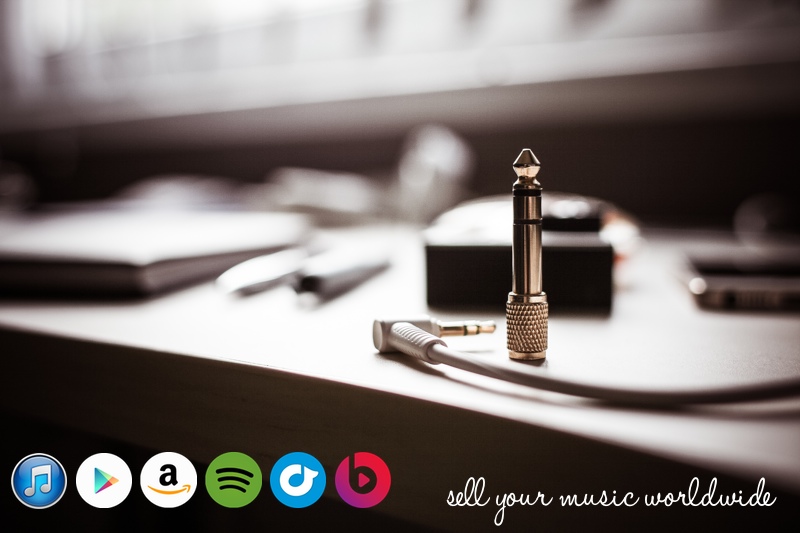 Where to Sell your Music Online

While MySpace is something of a musical backwater these days, despite Justin Timberlake’s intervention, it is still a place to post one’s songs and updates for a musically oriented audience. Much stronger and with a better sense of community though is SoundCloud. I began uploading instrumentals and songs to Soundcloud several years ago, but then opted for a paid account to get more comprehensive statistics as well as pretty much unlimited space for audio files.

Followers on SoundCloud are commonly fellow musicians and, as with all the other social networks, you get more out of them the more you put in — follow others, listen to their music and leave comments and more people will reciprocate. There is importantly also the option to add “buy” links to other services through which your listeners, audience, fans, even, might pay to download a track or two.

The first potentially profitable option I came across was ReverbNation. It is very similar to SoundCloud — you can create a profile and start adding your music, you can set a price or make it free to download. Also, you can either take all the profits after the site’s commission, or opt to share with a charity of your choice. In my case, I give a proportion of every sale to the Fender Music Foundation.

It may just be my experience, but ReverbNation seems a lot quieter in terms of community than SoundCloud and although I get a steady stream of profile views, few people seem to listen there. Moreover, ReverbNation messages users quite frequently with offers of music promotion, which seem to rely on one having paid for a “press pack” up-front.

The next site that appeared on my radar was BandCamp, which also lets you upload your songs and artwork and set a price. The big advantage is that your fans have the option to show their true devotion and pay more than the asking price if they really like a track or album. I have had some success with marketing on BandCamp, although, again I don’t think I’m ready to give up the day job just yet.

Of course, in the music download world, iTunes, Google Play, Amazon MP3 and Spotify are the primary paid outlets and the most well-known among legitimate downloaders. Getting your songs and music album on to these music sites generally requires you to have proper music management and a record label but there are other ways to get listed as well.

The likes of music distribution platforms like CDBaby and TuneCore take an upfront fee and will act as a proxy for a record label to get your music on to iTunes and other online music stores. Your music uploads will appear in stores worldwide. These services, like Audiam also have a partnership with YouTube and you are paid a share of the ad revenue whenever your music is used on YouTube videos.

DistroKid on the other hand charges an almost negligible annual fee, does not take a cut of the profits and nevertheless allows you to upload as many songs as you like each year. It takes a few days for your tracks to propagate to iTunes, Google, Amazon, Spotify, Deezer and Rdio, but it is a very slick and simple process.

In addition, there is loudr.fm which is similar to DistroKid for getting your songs on to iTunes, Amazon, et al quickly and seamlessly, but with one important difference — it lets you upload and sell “cover” versions of other people’s songs by taking care of the licensing and royalties for the songwriter. The service charges no upfront fee but takes a relatively large cut of any profits from the download stores.

9% of the revenue from music sites

15% of the sales revenue

Obviously none of these music services will make you a guitar hero if you do not have the musical chops and even if you do, you will have to spend a considerable amount of time marketing and sharing the links to see any substantial return. When I was a youngster, going viral was all about getting spots and feeling ill, today, I would be very pleased to go viral with Spotify and to get a spot on the iTunes charts. Rock on!

Dave Bradley ([Wikipedia](https://en.wikipedia.org/wiki/David_Bradley(UKjournalist)), Twitter, Blog) is an award-winning science journalist based in Cambridge, England, with a rekindled dream of becoming an online guitar hero in middle age. He has various recordings on the sites mentioned above including a full album of eclectic electric and acrostic acoustic songs on BandCamp.