Go to Google Suggest or Yahoo! Answers and you’ll find tons of people asking queries like “how to say [insert word here] in multiple languages.” 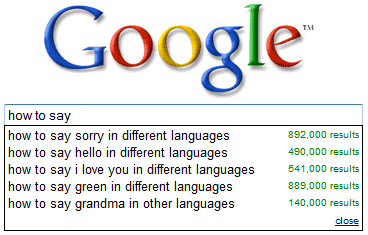 Google alone has .5 million results for ‘How do I say Hello in different languages?’

If you would also like to know how a particular word (or sentence) should we written in multiple languages, Nice Translator should help.

This is Google Translation powered tool where you select a group of languages from the drop-down and it will translate whatever you type in different languages all at once.

Translate text into multiple languages at once

Nice Translator uses the auto-detection option of Google Translate API so don’t even need to specify the source language. Type the first sentence in English and the next one in German or Hindi and the tool will easily detect that language change.