Transliteration is an interesting technology that helps people compose documents, emails or even chat in Indian languages (including Arabic) using the English (Roman) keyboard.

Google has long offered Indic transliteration tools in products like Gmail, Blogger, Orkut, etc. and then there are bookmarklets that you may use to type text in Indian languages on any non-Google website. The only downside is that you need a live internet connection for transliteration to work in real-time. 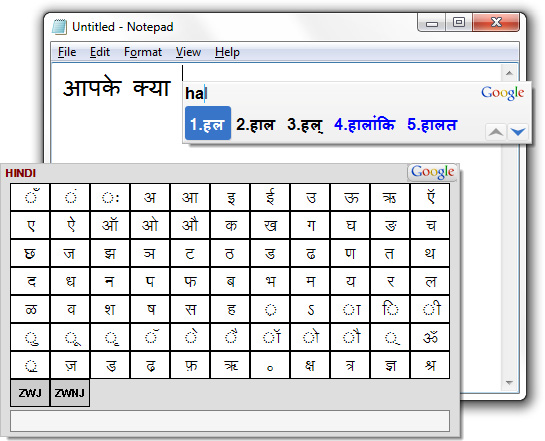 Well, not anymore because Google has just released a free transliteration utility for Windows that can work offline as well.

Called Google Transliteration IME, you may install this tool on any XP/Vista or Windows 7 computer to write text in most Indian languages including Hindi, Tamil, Bengali, Farsi (Persian), Greek, Gujarati, Kannada, Malayalam, Marathi, Nepali, Punjabi, Telugu and Urdu. The tool also works with the Arabic language.

Other than offline access, the other advantage offered by this Google Transliteration tool is that it has its own “memory.” For example, if the spelling of an Indic word has multiple versions, the tool will automatically remember the spelling you selected before and will offer it as a first choice the next time you type the same combination of Roman characters.

To enable the Google Keyboard, you need to go to Control Panel -> Regional and Language Options -> Keyboard and Languages and change the keyboard to “Google Input” (see screenshot). 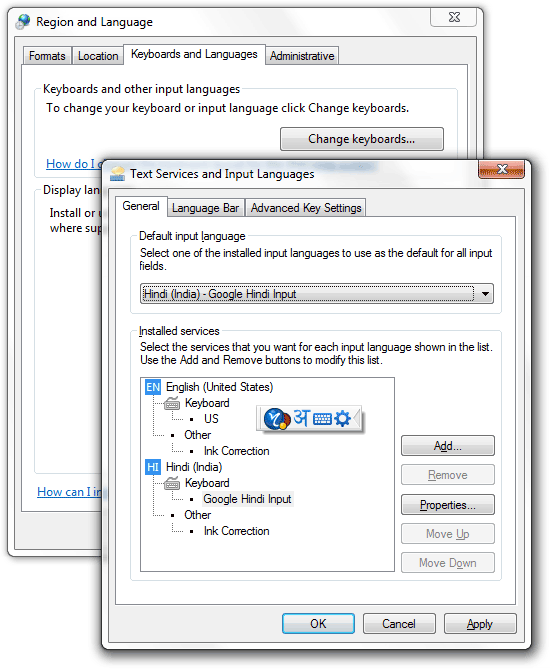 Once you have changed the input keyboard to Google, open any Windows application (say notepad) and start typing a word just the way it sounds in your language using English letters. You may also use the onscreen virtual keyboard to type complex words that cannot be formed using the Roman keyboard.

You use the F12 keyboard shortcut to switch between English and the Indic language without having to turn off the Google IME tool. Thanks Jaya.