Introducing Screenshot Guru, a new Twitter bot that will help you easily take high-resolution screenshots of tweets. There are a plethora of screen capture apps available, including the good old Print+Screen combo but with Screenshot Guru, you get crisp and beautiful screenshots sans the clutter.

Screenshot Guru offers 3 different options for screen capturing tweets. You have a web app for desktops, a Google Chrome extension and a Twitter bot @screenshotguru for people who are looking for a way to easily screenshot tweets on their Android or iPhone.

1. Web App - Go to screenshot.guru and type the URL of any web page or tweet that you would like to save as a PNG image. Solve the CAPTCHA and you’ll have a crisp retina screenshot ready in a second or two. 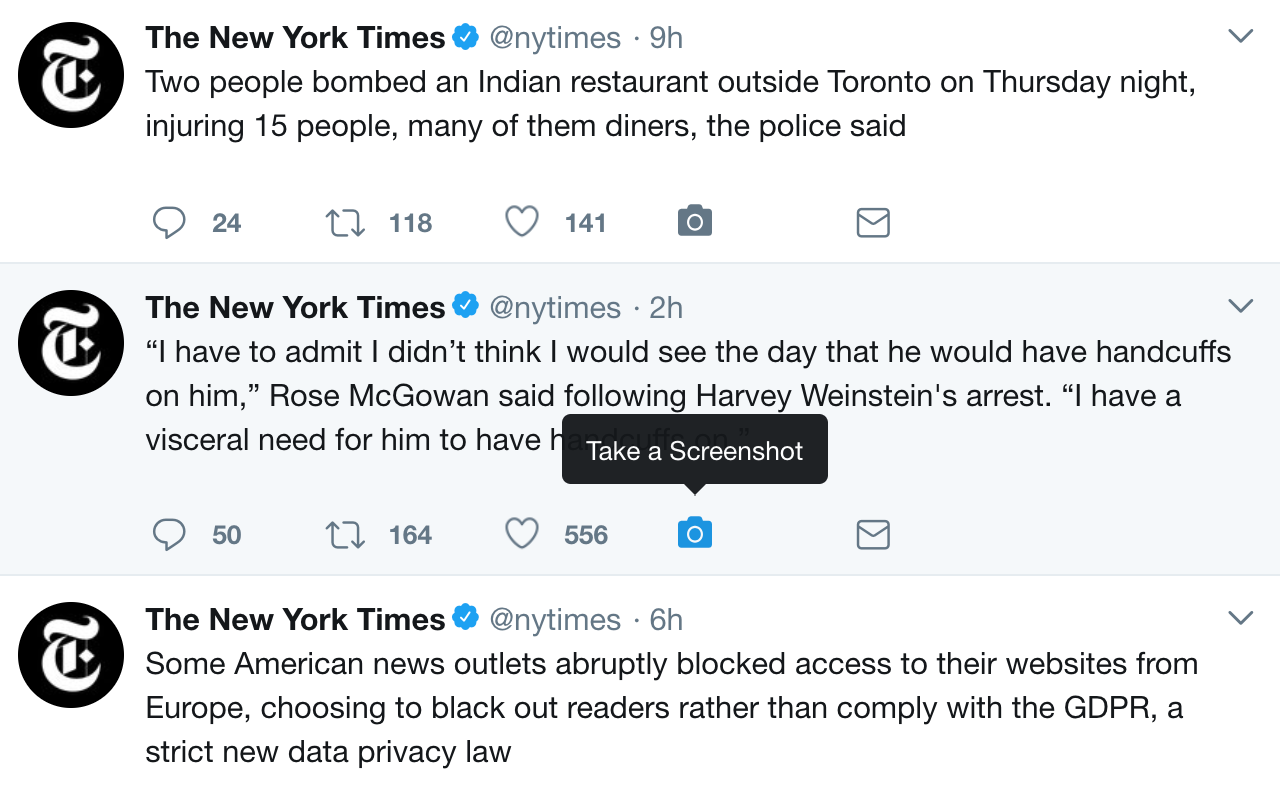 3. Twitter Bot - Screenshot Guru is available as a Twitter bot that works both on the Twitter website and mobile apps. You can DM tweets to the @screenshotguru bot and it will send a screenshot image back to you in a private DM.

The Screenshot Guru app is written in Node.js and hosted on the Google Cloud Platform. The screen captures are done through headless Chrome (Puppeteer) while the images are stored on Google Cloud Storage. The Twitter Bot is running on Google App Engine.