Artist Shepard Fairey is best known for creating the “Hope” poster for Barack Obama. This iconic portrait of Obama became such a phenomenon during the Presidential campaign that TIME Magazine even used it on the cover page for their Person of the Year 2008 edition.

If you are no Obama and can’t convince Shepard Fairey to do a custom portrait for you, just head over to Obamicon.me and create a similar poster using your own photograph and message.

You can either upload an existing photo or capture it live using the webcam, add a message, change the color balance using sliders and an Obama style image is ready like this one: 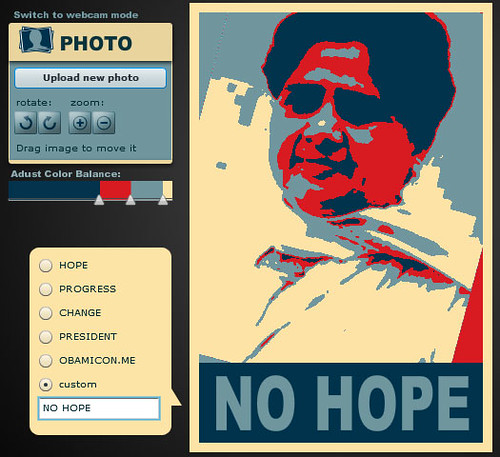 Put your  Photo on Magazine Covers or CNN