How to Bookmark Web Videos in a Common Playlist 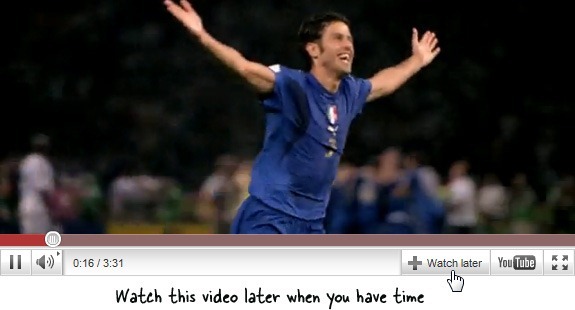 YouTube offers a handy Watch Later feature that lets you add the current video to a queue with a click. You can then conveniently watch all these ‘queued’ videos later when you have the time.

There’s one minor problem though.

YouTube is ‘the’ most popular video sharing website but it’s not the only one around. You may routinely find great videos on Vimeo, TED, Facebook, and other video sharing sites but there’s no way to add these videos to your YouTube’s ‘watch later’ playlist.

Enter RadBox, a useful web app that lets you collect web videos from various video sites to a common queue and you can then watch them later on your desktop or the iPad.

You can save videos to the RadBox queue in two ways. There’s a one-click bookmarklet that will automatically recognize the video embedded on a page and saves it to your queue. Or, if you are on a mobile, you can email the video URL to an email address and it will be added to the “watch later” queue.

The service has been around for some time but the new release provides a better viewing experience and it can now pull videos from your Facebook and Twitter news feeds. RadBox has also launched an iPad app so that puts it in the same league as ShowYou and Boxee.

Radbox supports all popular video websites including YouTube, Vimeo, College Humour, DailyMotion, Blip.tv and many more. It didn’t work with Flickr though.