Most AdSense publishers felt the change was good in the long time but at the same time, it could mean lower AdSense earnings. Even the AdSense team acknowledged that click-through rate will decrease after the ad format changes go live. 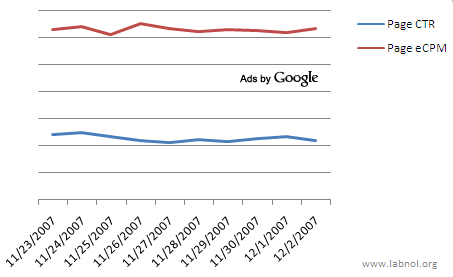 However, things look slightly different (and positive) when I look at my AdSense reports for the past few days.

There is a slight dip in CTR but nothing to really worry about and the eCPM rates have more or less remained the same during this period. So until now, it looks  as if the changes may not have affect the bottom line.

What is your experience ? Did your AdSense income drop (or has risen) after the recent changes ?