Google has officially disallowed AdSense publishers from placing images near Google Ads. The AdSense team says - “We ask that publishers not line up images and ads in a way that suggests a relationship between the images and the ads.. That’s not a good experience for users or advertisers.”

However, as the two screenshots suggest, this “no image” rule may have been relaxed for Adsense Premium Publishers.

The surprising part is that these images are allowed though they have a direct relationship with the content of the web page. The page on cell phones carries the image of a woman talking on her cell phone. 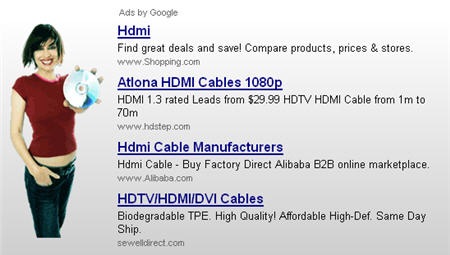