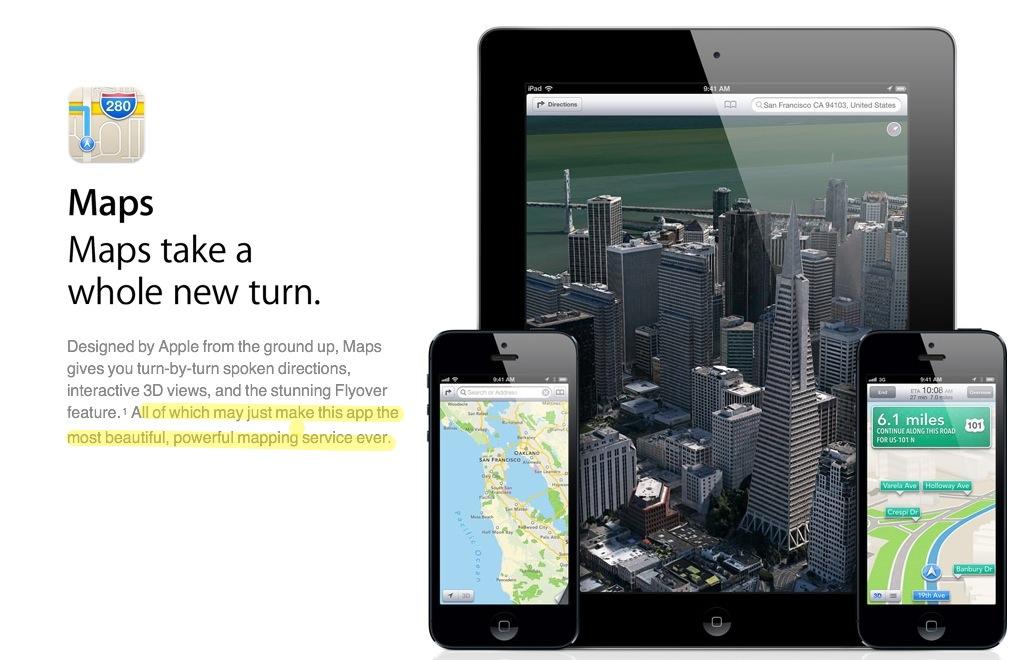 Apple’s CEO Tim Cook has honestly admitted that Apple Maps isn’t as good as competing mapping services but the Apple website made a slightly contradictory claim. It said:

Designed by Apple from the ground up, Maps gives you turn-by-turn spoken directions, interactive 3D views, and the stunning Flyover feature. All of which may just make this app the most beautiful, powerful mapping service ever.

Apple Maps may be beautiful for some regions (where they exist) but the other claim isn’t quite true. I was checking the Apple website this morning and looks like they have changed the wording and are no longer referring to Apple Maps as “the most powerful mapping service ever.” The website now reads:

Designed by Apple from the ground up, Maps gives you turn-by-turn spoken directions, interactive 3D views, and the stunning Flyover feature. All in a beautiful vector-based interface that scales and zooms with ease.

Apple executive spent around 8 minutes to demo the Apple Maps application at the WWDC conference, calling it a “worldwide effort,” but not once did they mention that the service had any limitations or problems.

The mapping service would not have become such a laughing stock worldwide had they set the right expectations in the first place. In case you haven’t seen it before, here’s the keynote video where Apple first showcased the Maps app in iOS 6.