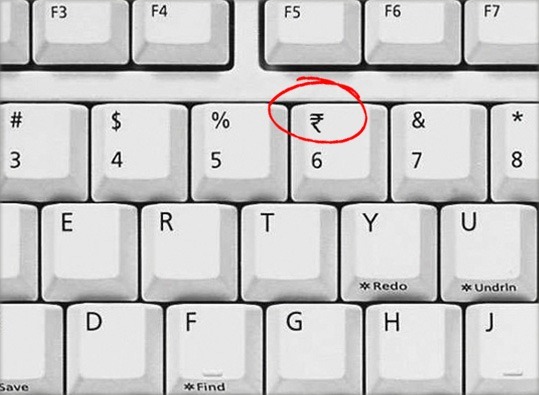 The Indian Government has proposed to the Unicode Consortium that the Unicode character code U+0971 be assigned for the new Rupee symbol. This was revealed in a presentation by D. Udaya Kumar who is is best known as the designer of our new currency symbol.

It may take several months for the Consortium to include the new symbol in the standard character set but once that is done, you should be able to type Rupee using the standard keyboard without requiring any special fonts.

For instance, Microsoft Word users can insert any Unicode character in a document by typing the character code followed by the Alt+x key. In the case of Rupee, they’ll have to type 0971 followed by Alt+x. Currently this combination will output an unused Devanagri character that the Indian government has proposed to replace with the new Rupee symbol.