Service Tax is a form of tax which is levied on any service and is to be paid by the “provider” of the service to the Central Govt. at the rates in force. The provider of the service can in turn collect the tax form the recipient of his service. 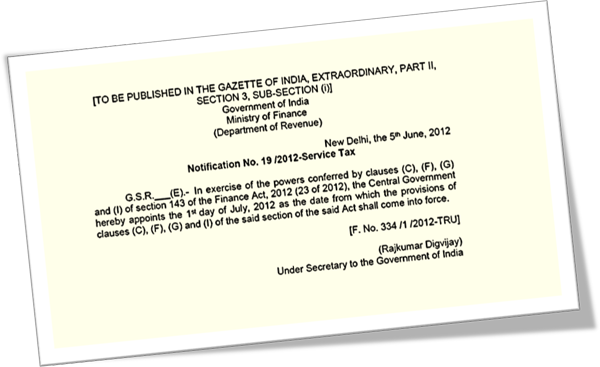 The sale of advertising space or time slots is included under (G) Section 66D of Finance Act, 2012.

Service Tax on Income from Advertisements

The educational guide on Service Tax, released by the Indian Ministry of Finance on June 20, 2012, mentions (page 35) that Service Tax is to be levied on the sale of space or time for advertisement to be broadcasted on radio or television. However, the notification also states that service tax is not to be levied on sale of space in print media, bill boards, buildings, cell phones, ATM Machines & Internet.

As the new service tax regime has specifically stated that Service Tax is not chargeable* on the sale of space for advertisements on the Internet, website owners and bloggers are exempted from paying Service Tax in India.

Update: We are only discussing service tax in this article, you still need to pay Income tax on online income from advertisement services like AdSense in India.

In case you have already paid Service Tax on online income from Google AdSense and other direct ad Sales, you can always claim refund of Service Tax.

The service tax is only exempted for advertising income but if you who are earning revenue though affiliate commissions (like Amazon Associates) or by providing other related services on the Internet, service Tax would be levied on all such services.

Moreover, service tax is levied on the Gross Amount Received rather than on the Net Income (i.e. Gross Amount – Expenses).

Karan Batra is a visiting faculty member at Institute of Chartered Accountants of India and blogs at charteredclub.com.