The 'Sivaji' Effect - Boon for Companies

Rajnikanth’s ‘Sivaji’ opened globally today to unprecedented bookings. The movie is the most expensive made in India with budget of Rs. 60 crores with Rajnikanth itself raking 20 crores, making him the highest paid Indian star.

The release has spelled good news for listed companies too, thus spiking an interest in the scrips of these companies. GV Films has bagged the distribution rights for Tamil Nadu for Rs.52 crores, of which Chennai alone accounts for Rs. 6.5 crores. The company expects to make Rs. 100 crores globally and Rs. 11 crore from Chennai alone. 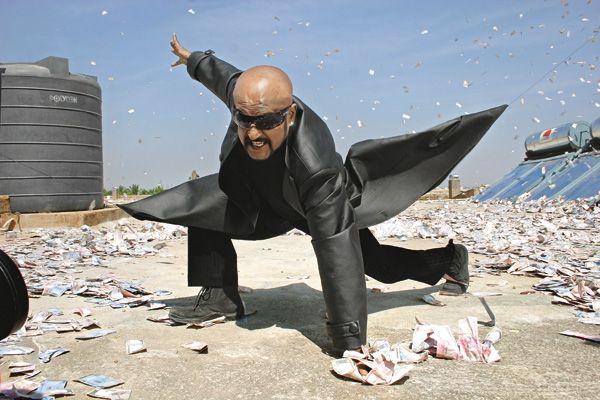 Another listed multiplex chain, Pyramid Saimira has acquired the rights to distribute the movie in 252 screens globally for Rs. 25 crores. Considering that the bookings have been made in advance already for around a month, company is expecting a cool 100% return by earning Rs.50 crore in revenue.

Also, Raj TV stands to gain on piping leader Sun TV to get the satellite rights for the movie for 3 years. The telecom companies are also on a roll, owing to the high number of ringtone and logos downloads for ‘Sivaji’.

The interesting thing is that the ticket prices are higher than regular and even the mobile content is at a premium, but nobody is complaining, after all its Rajnikanth - the boss.