iPad 2 - Should you Upgrade?

As widely expected, Apple launched the second generation iPad – dubbed iPad 2 - at an invite-only event that concluded a few hours ago in San Francisco. You can head over to apple.com to read more about the new iPad or watch the following video from Apple that details the enhancements and other new features of iPad 2.

iPad 2 is a lot thinner and lighter than the original iPad, it has a faster processor inside but the screen size is the same at 9.7” and it delivers 10 hours of battery life just like the old iPad.

In terms of new features, iPad 2 now has two cameras – one for video calling and other for recording video. And this thing now comes in two colors – black and white.

If you are in the market to buy a tablet-style device and don’t have the original iPad, it is almost a no-brainer that you should settle for the new iPad 2 – brilliant device, extensive collection of apps and very reasonably priced at the same time.

That said, if you already have an iPad, there probably aren’t enough convincing reasons for you to upgrade to iPad 2. True there’s a camera that may come handy when making video calls but it is hard for me to even imagine shooting video with a device of this size. 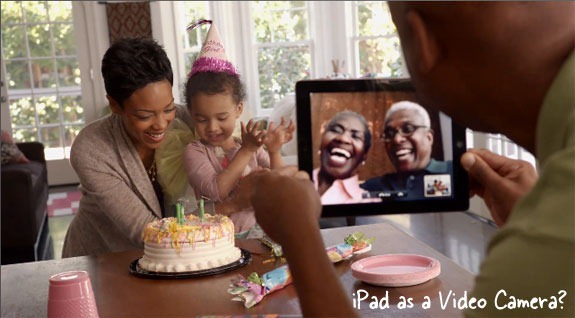 The old limitations are still in place. There’s no easy way to transfer files to and from the iPad without the cable.

The iPad still has no USB ports and that also means, while on the go, you still can’t use your data card to connect to the Internet. I know quite a few people who are are holding off on purchasing the iPad just for this reason – how do they get online when they’re in a non-3G zone and there’s no Wi-Fi around?

On a related note, people in India have a very valid reason to be disappointed with Apple. The Cupertino company launched the iPad here about a month ago, amid much press coverage, while a new version was almost ready for the U.S. and European markets.

It kind of confirms the common view that they used India to simply get rid of any excess inventory. iPad 2 will be available outside the U.S. starting March 25 and obviously, India does not find a mention in that initial list.