The iPad, like the iPhone and the iPod Touch, has a dock at the bottom of the screen where you can “stick” icons of your favorite apps so that they remain accessible from all the other Home screens.

There’s however one major difference between the iPad dock and that of your iPhone or the iPod Touch. 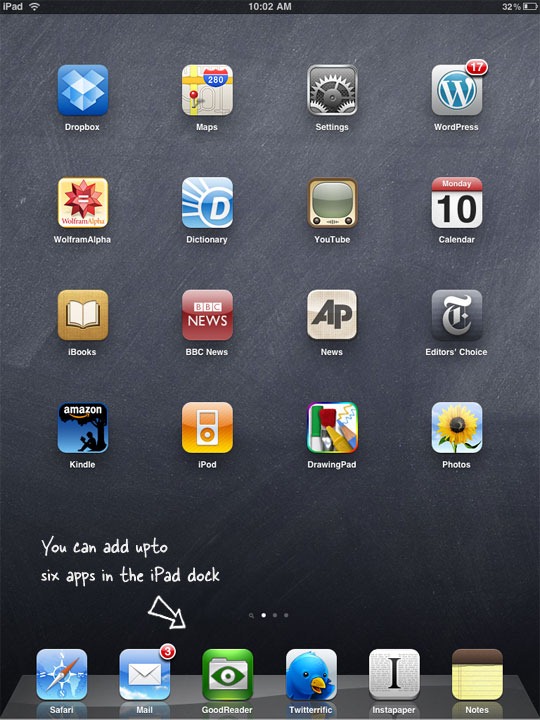 The iPad dock, due to its relatively large size, can accommodate up to six different apps unlike the smaller iPhone dock which can only support a maximum of four apps.

To add more icons to the iPad dock, or to replace any of the existing apps, just touch and hold any Home screen icon until the icons begin to wiggle. Then drag the icon of any app from the home screen to the dock or from the dock to the screen in case you’d like to remove that app from the dock.

When you are done, press the Home button to save your new arrangement.

Also see: How to Download any App from the iTunes Store