A new version of Windows Live Photo Gallery, a free program that lets you manage your collection of photos and videos, will be available for download later today on live.com.

The new Photo Gallery remains a solid alternative to Google’s Picasa software but is it good enough for you to switch from Picasa? Read this comparison.

People tags are now available in both Picasa and Photo Gallery so you can quickly tag photos with names. 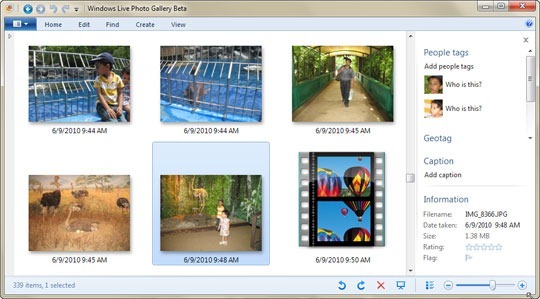 Both programs are equally efficient at detecting and recognizing faces in photographs but there’s one difference – Photo Gallery stores the people tags with the photo itself while tags created in Picasa stay inside the program. The Photo Gallery approach is more useful because if you email or even copy a photo to another computer, the people tags are preserved.

Picasa lets you associate people tags with only pictures while in Photo Gallery, people tags can be applied to images as well as videos.

Geotagging is available in both programs so if your digital camera or mobile phone doesn’t add geographic location to captured photos, you can add it manually. Picasa offers an integrated Google Maps so you can drop the pin at the exact location where the pictures were take while in Photo Gallery, you have to write the street address manually which may not be very accurate in all cases. 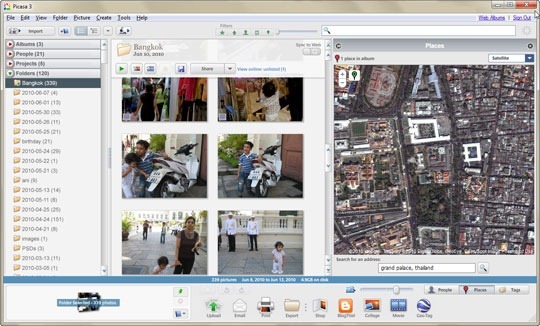 Each of these programs will install a photo screensaver in your Windows directory that will run a slideshow of your photos on the screen while your computer is idle.

Both programs allow you to create impressive movies of your photos (that you can put on YouTube) – Picasa has this functionality built-in while Photo Gallery will use Movie Maker (also part of Windows Live Essentials) to make videos. 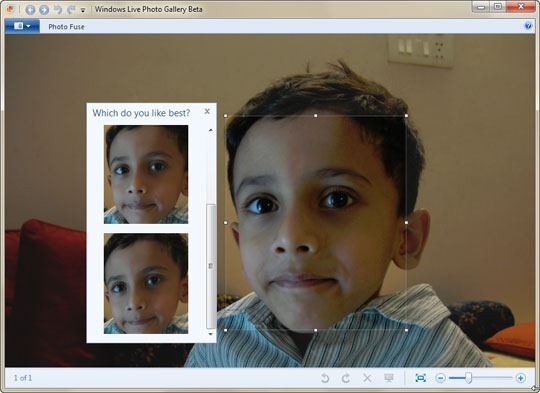 With Panoramas, you can stitch multiple photographs into one long shot. Photo Fuse is even more interesting. Say you have two similar shots but in one image, the eyes of your child are closed while in the other one, his mom is looking somewhere else.  You can easily merge these two shots using their best parts and create that perfect image with Photo Fuse. This should also help when you want to remove other people from your vacation photos.

You can create self-running photo slideshows in both programs but Photo Gallery also offers themes so your slideshows can look even more awesome. 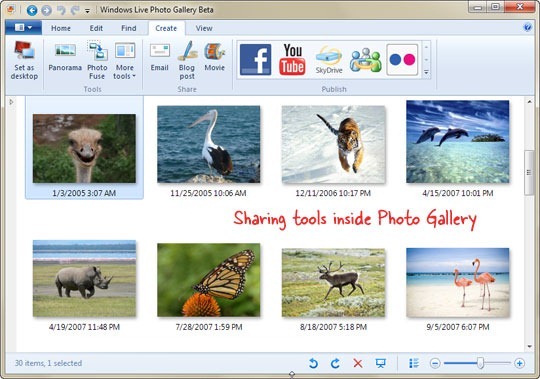 Photo Gallery is integrated with Skydrive so you have 25GB of online storage space for your photos while that limit is only 1GB in the case of Picasa Web Albums. Photos and videos can be easily shared on Flickr, Facebook and YouTube in either of the two programs but Photo Gallery will also preserve your people tags inside Facebook albums and SkyDrive. This feature is  however not working in the current version.

Finally, Windows Live Photo Gallery will only work on Vista and Windows 7 machines while Picasa is available on XP as well as Linux and Mac.