Watch TV Shows on the Desktop with Joost Media Player

Joost.com, as you probably know, is a free web service that lets you watch popular TV shows, music videos, podcasts and even some movies on the Internet.

Initially, Joost required users to download a desktop application for watching Internet TV but in December last year, they switched to a website-only model and completely discontinued the Joost software application.

Joost on the Desktop 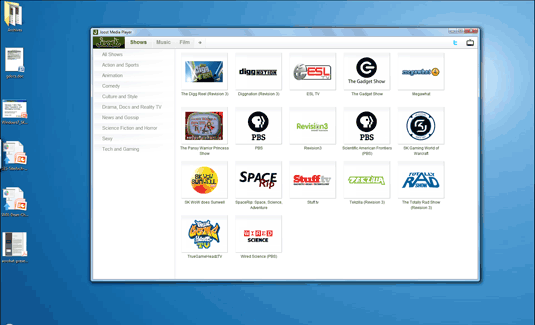 Now if you enjoy watching videos on Joost but miss their original desktop app, try the new Joost Media Player - it’s an Adobe AIR app that brings the same Joost experience on your desktop outside the web browser.

With Joost Media Player, you can not only view Joost.com’s library of TV shows and music videos but it’s also integrated with Twitter so you can easily share links of videos you are currently watching with your Twitter friends. 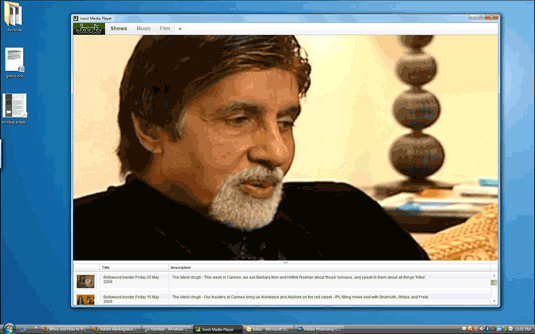 One of the most useful feature in Joost Desktop is the Picture-in-Picture effect. You can watch videos and browse the Joost library simultaneously - the video will continue to play in a corner while you navigate the other sections. 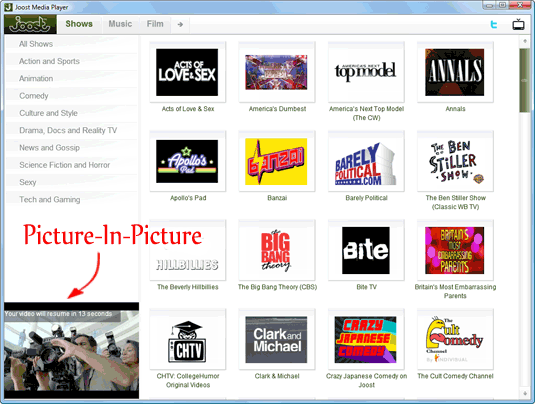 The Joost Media Player also offers a TV mode where you can watch videos in full screen mode and navigate through different shows as if you were surfing channels on TV.

You can use the arrow keys of your wireless keyboard to “switch channels” on Joost (similar to a remote control) but unlike the Adobe Media Player, there’re no DVR features here so you can’t download or record shows. 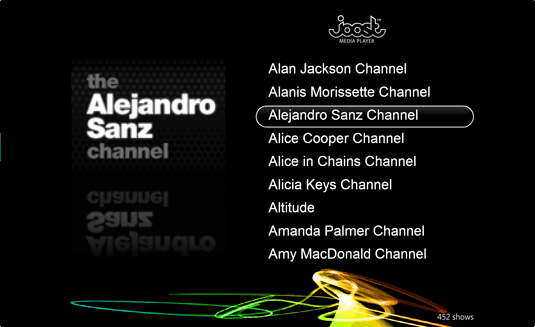