How to Record Screencast Videos on Android

I uploaded my first Android screencast on YouTube today. The video walks you through the steps necessary to install an Android app from the Google Play store on your mobile phone.

The Android screen was recorded at 720p (1280x720) resolution, there are no visible frame-drops in the video and the screencast output is in MPEG-4 (.mp4) format that can be directly uploaded to YouTube or can be edited in any video editing app, both on your phone and the desktop.

Screencasting on Android - Step by Step

Open your Android phone settings and go to About Phone, the last option in the list. Next tap Build Number seven times in quick succession and you’ll see a message saying that Developer Options have been enabled in your device. 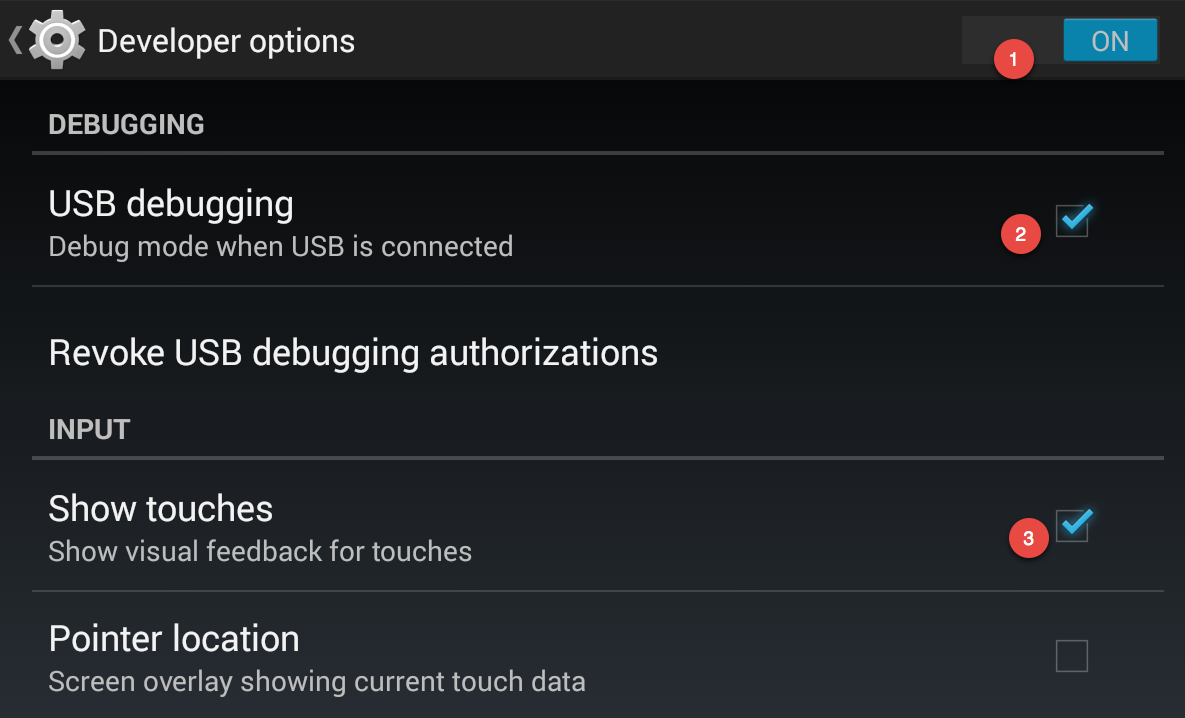 Now use the “back” button to return to the Settings page, tap Developer Options and toggle the on-off switch. Here turn on USB Debugging and also enable Show Input Touches - the on-screen interactions like taps and swipes will be recorded as circles in the screencast.

We need to install the Android SDK on our desktop. This is simple. All you have to do is download the SDK in a zip file from the android.com website and unzip the file anywhere on your computer.

The Android SDK is available for both Mac and Windows.

Step 3: Connect your Android phone to the desktop

First connect your Android phone to your computer though the regular micro USB cable. The phone will display a prompt asking you to “Allow USB debugging.” Tap OK to continue.

Now open the command prompt in Windows, or the Terminal shell on your Mac, and switch (use the “cd” command) to the sdk/platform-tools directory inside the Android SDK folder.

Here run the command adb devices and if it shows a device under the “List of devices attached”, you are all set to record the first movie of your Android screen.

Run the follow command to enter recording mode. Advanced users may refer to the help manual to learn about the various options supported by screenrecord.

If you are using a Mac, you the command line code should be written as:

Now switch to your phone and whatever you do here will get recorded in the video. When you are done, go to command window and press Ctrl + C to stop the video recording. The screencast is now saved in your Android phone.

You can use a File manager app, I prefer File Wrangler, to search for the screencast-video.mp4 file on the phone and transfer it to your desktop for editing.