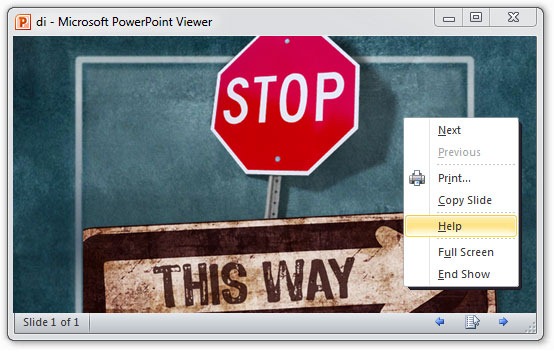 Microsoft Office 2010 is just around the corner and today the Office team released a new version of their PowerPoint Viewer that’s much like its predecessor except that it also supports the new PowerPoint 2010 file format.

The PowerPoint viewer can play the new transitions and video effects that were introduced in Office 2010 but if you embedded a web video in your presentations, that won’t play through the standalone viewer.

Also, the PowerPoint Viewer requires installation – had it been a portable utility, you could just copy the presentation and the viewer on a USB drive and deliver presentations on any Windows computer.

📮  Subscribe to our Email Newsletter for Google tips and tutorials!
Share on:
Published in: Downloads - exclusive - Microsoft PowerPoint