Microsoft is Getting Things Right This Time

Geeks and some part of the tech world consider it cool to hate everything that comes out of the Microsoft campus. Let me share a few instances.

Microsoft develops Vista and the vocal crowd immediately dubs it a failed product although a majority of these people may have never used the software. Microsoft releases a new “I’m PC” ad campaign and that provides some more fodder to *nix nerds because the ad agency, who Microsoft hired to produce these ads, probably made them on a Mac. Microsoft adds instant messaging in Hotmail and blog headlines scream to suggest that Microsoft is doing this “ages after Google”. These are the same people who get excited when Gmail adds a “delete” button though that thing has been present in Outlook since birth.

Anyway, it seems that the age-old trend to criticize everything “MSFT” is on the decline and that’s because there are some things that have gone right for Microsoft in the consumer technology space in recent times:

1. The Laptop Hunter Ads - Their previous campaign featuring Jerry Seinfeld and Bill Gates got slammed but the new Laptop Hunter ads are proving very effective especially among the 18-34 year olds.

Apple did a great job of putting Microsoft on the defensive. It made them look old, stodgy, complicated to use and unhip. But Microsoft has started to hit back, and younger folks are more cost-focused. Microsoft’s so-called value perception has risen steadily since the campaign began in March, while Apple’s has fallen - Adage

2. Windows Internet Explorer 8 - IE 8 may not be enough to stop the rise of Firefox but some of it’s unique features like Web Slices, Accelerators, InPrivate browsing and visual search suggestions have received positive attention.

Overall, Internet Explorer 8 is an impressive package, and while it lacks the raw speed of Chrome, the flashiness of Safari 4, and the extendibility of Firefox, it does offer reliability and some good features, which could be enough to win it some fans. It’s certainly the best version of IE in a long time - ITPro

3. Windows 7 - Technically, Windows 7 may have lot of things in common with Windows Vista but it’s better, faster and requires less resources.

In general, I have found Windows 7 a pleasure to use. There are a few drawbacks, but my preliminary verdict on Windows 7 is positive. Even in its preliminary form, Windows 7 looks very promising, and could well help expunge the bad reputation of Vista. - Walt Mossberg

For decades, Microsoft’s primary strategy has been to put out something mediocre, and then refine, refine, refine, no matter how long and no matter what it costs, until it succeeds. That’s what’s exciting about the prospect of Windows 7. It’s Windows Vista — with a whole heck of a lot of refinement. - David Pogue 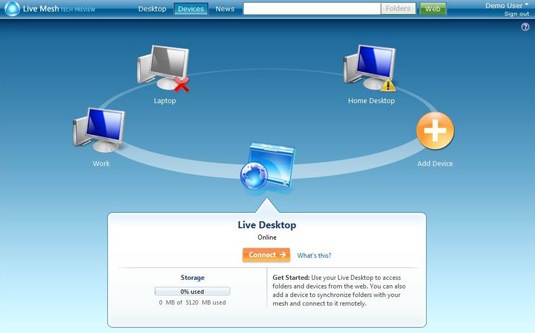 4. Windows Live Mesh - This allows you to synchronize file and files across multiple devices include Windows PCs, Mac computers and mobile phones. It’s one of our favorite web applications and others agree as well.

Live Mesh is both exciting and useful. It erases years of doubt about Microsoft’s understanding of the computing industry and how it’s changing. It proves that the company is no longer interested in simply milking its past successes. Most important, for users, it provides a hopeful glimpse at a future in which heterogeneous devices and environments will no longer be islands of functionality that are hard or impossible to connect - Paul Thurrott 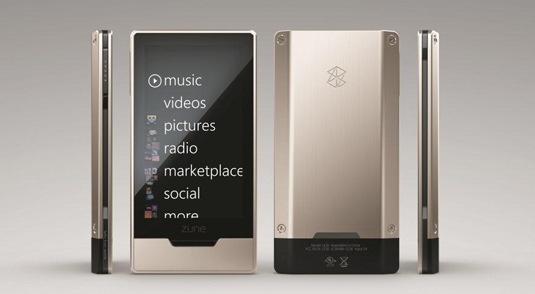 5. Zune HD - The only advantage of having a Zune MP3 player vis-a-vis an Apple iPod is that the former device lets you tune in to FM radio on the go. That perception is likely to change with the launch of Zune HD that features a Wi-Fi enabled touch-screen browser and support for HD radio.

The thing kind of rocks. In your hand the Zune HD has a nice, solid feel, with good heft to it and a surprisingly thin profile. The OLED screen looks absolutely stunning — even at severe viewing angles, colors were super bright, edges were crisp, and text looked beautiful. While the OS isn’t finished, we didn’t notice a single hiccup while jumping through menus or playing back HD video - Engadget

6. Bing - Just when 60% of Internet users were feeling satisfied with their existing search engines, Microsoft rolled out Bing to take on Google (check out some Bing Tricks). Early reviews suggest that Bing has enough potential though it may not be a “google killer” yet.

Bing is a solid improvement over the previous search product, and it beats Google in important areas. It will help Microsoft gain share in the search business. It’s surprisingly competitive with Google - Rafe Needleman 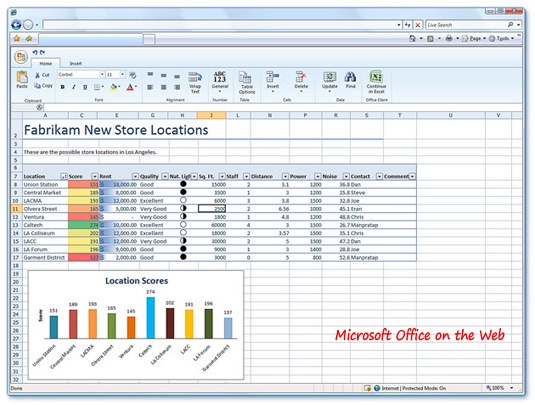 7. Office Live Workspace - Enough has been written about the demise of “desktop software” at the hands of “web applications” but the immense popularity of solutions that bridge the online and offline world prove that people still prefer to have both choices.

Microsoft will add Office web applications to their Office Live Workspace service sometime later this year and that might give them an edge over Google Docs as existing Office users are more likely to prefer Office Live because integration between Office (on the desktop) and Office (in the cloud) would be much better.

8. Windows Live Skydrive - Other than Adobe (they have Acrobat.com), Microsoft is the only “Internet giant” that offers a free file hosting service on the web with plenty of storage.

AOL have closed their XDrive service, Yahoo! never offered any online storage closed Briefcase while rumors of Google GDrive have been circulating on the web for long but nothing concrete yet.

You have never seen anything like this before. Project Natal enables you to control and interact with Xbox 360 games through gestures, spoken commands, facial recognition and can even scan images of real objects or drawings made on paper.

Two months ago, Don shared with me the ‘Natal’ experience, and the gamer in me went out of my mind when I got to be really interactive with this. More dramatically, I felt like I was present for a historic moment, a moment as significant as the transformation from the square-shaped movie screen to CinemaScope and then to IMAX - Steven Spielberg

It may be time to stop hating Microsoft.

Related: Live Search Tricks That You May Not Know