The first version of Firefox was released in 2004 and since then, some 230 million people world-wide (or 20% of the 1.2 billion strong Internet population) are using Firefox as their primary web browser. 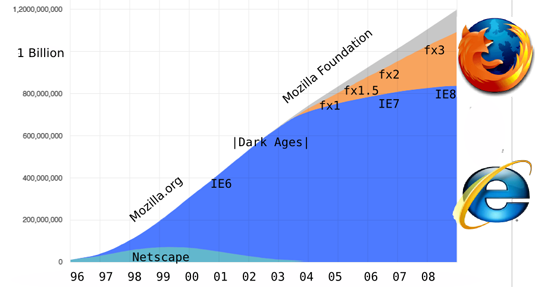 The next graph illustrates the Firefox development process at Mozilla. A core set of 400 developers are responsible for the code that runs Firefox while the rest is a community driven effort. For instance, there are around five hundred people, outside the core developers, who localize Firefox into over 60 languages. 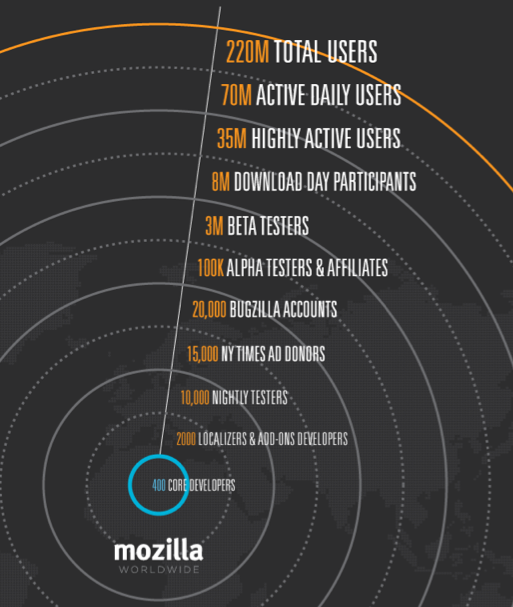 Taking that community effort to the next level, 25 writers (some of them from Mozilla) collaborated over two days to produce an online 110 pages long Firefox Manual.

It’s a visual guide (with plenty of screenshots) to help you learn everything about Firefox browser from using tabs to downloading files to using themes & plugins. The manual is under “free documentation” and also available for download as a PDF ebook.

As power users, you probably know most things that are mentioned in the Firefox manual but you may still want to pass a link of this manual to someone who has just switched (or is planning to make a switch) to Firefox.

📮  Subscribe to our Email Newsletter for Google tips and tutorials!
Share on:
Published in: learn - Mozilla Firefox - PDF