Not long ago, the Google Toolbar was bundled with some popular software programs including Skype, Adobe Reader, Real Player, WinZip and more.

Next on the bundled software list is probably Google Chrome. If you are on the Adobe.com website to download Adobe Reader X, you may also be prompted to install the Google Chrome browser on your computer.

This looks like a strange combination. A majority of people could be using Adobe Reader primarily for viewing PDF files while Google Chrome include a built-in PDF viewer by default. Would people still want to install Adobe Reader on their machines when they’ve already got Chrome, courtesy Adobe? 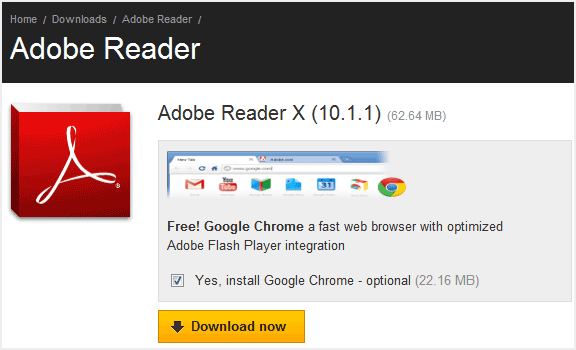