Wikipedia Available as a Printed Book

The English edition of Wikipedia Encyclopedia contains around 5 million articles and if someone were to print the entire Wikipedia encyclopedia into a book, the size of the printed book would roughly be equivalent to 2000+ volumes of the Encyclopedia Britannica (source).

Rob Matthews, a graphics design student from UK, converted 5000 pages of Wikipedia into a printed book in 2012. He downloaded few hundred featured articles from Wikipedia and bound them together in a physical book that was almost 1’7” thick. Rob’s website (rob-matthews.com) has been taken over by domain squatters but the pictures of the printed Wikipedia book have survived. 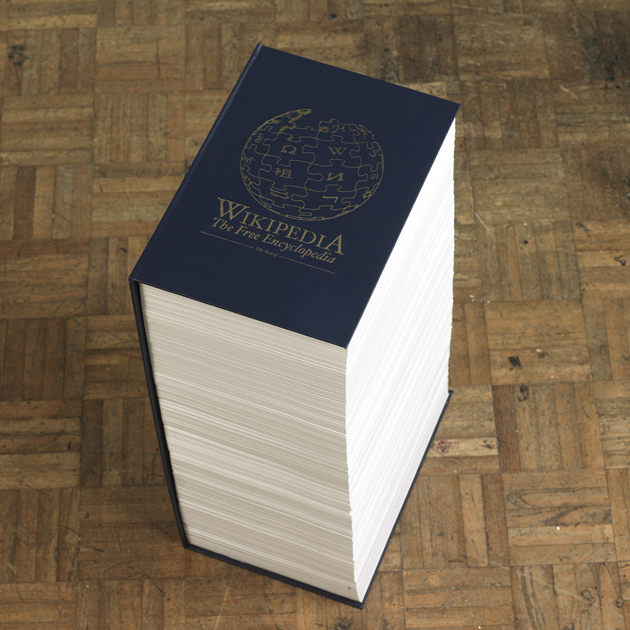 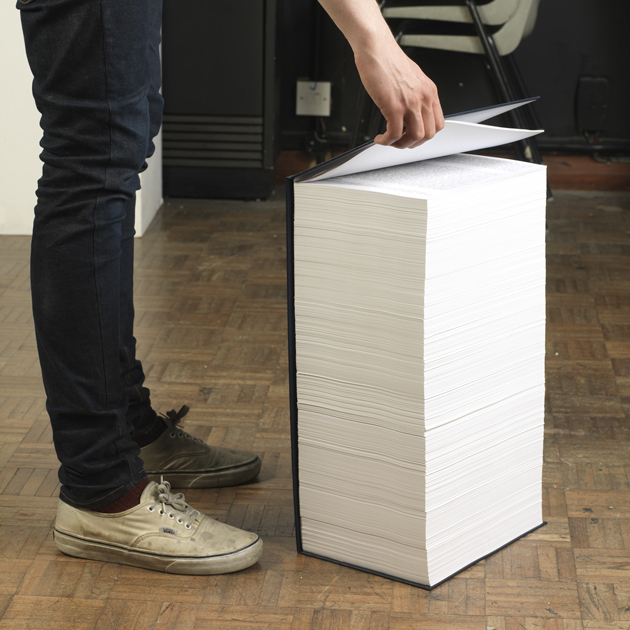 While Rob limited his printed book to the featured articles, Michael Mandiberg’s team has a more ambitious plan. They’re working on making the entire English-language Wikipedia in print format. The work has about 7500 volumes, each made up of 700 pages, and you’ll soon be order individual volumes from Lulu.

The project launched at the Denny Gallery this month and visitors to the exhibition can see the process in real time as Wikipedia pages are converted in digital books and uploaded to Lulu. A Twitter bot, @PrintedWikipedia updates when new volumes are added to the book library.

Here are pictures of the Printed Wikipedia project courtesy Wikimedia. 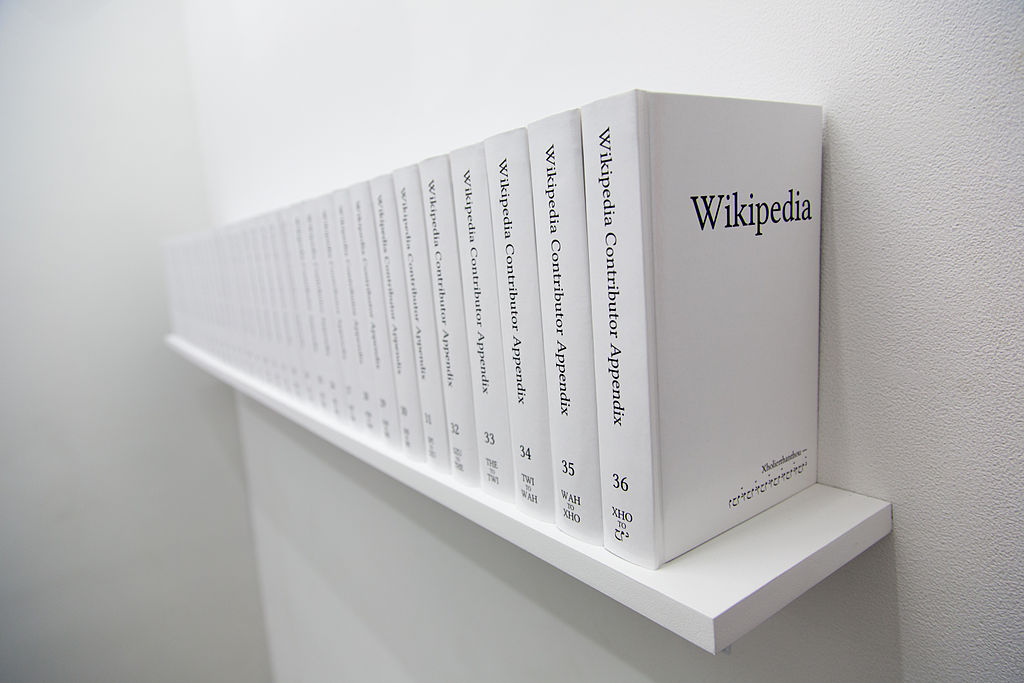 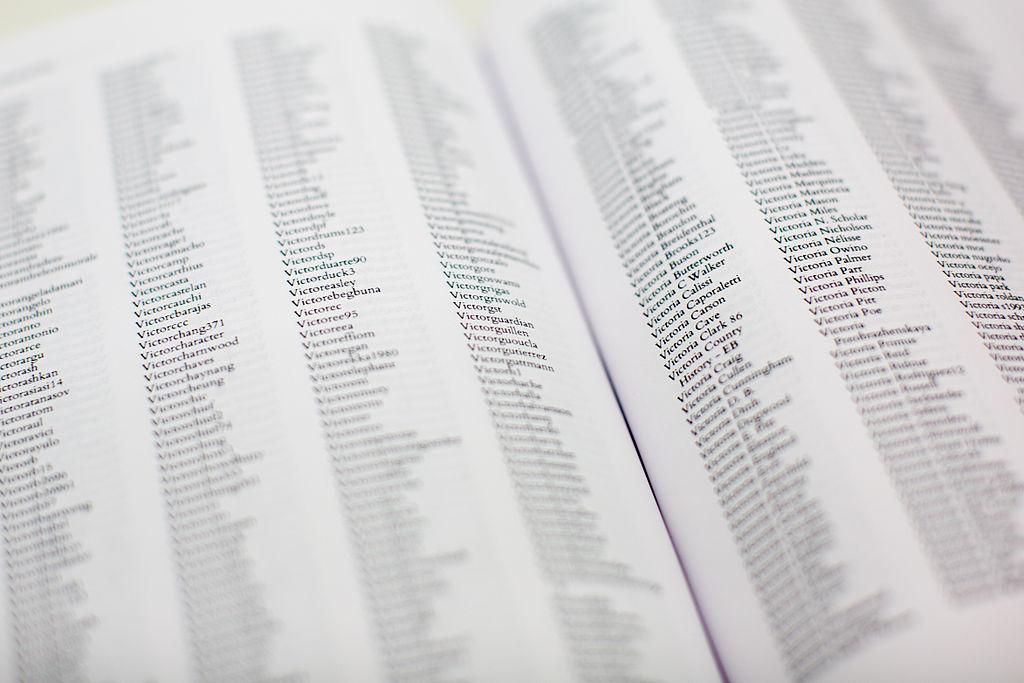 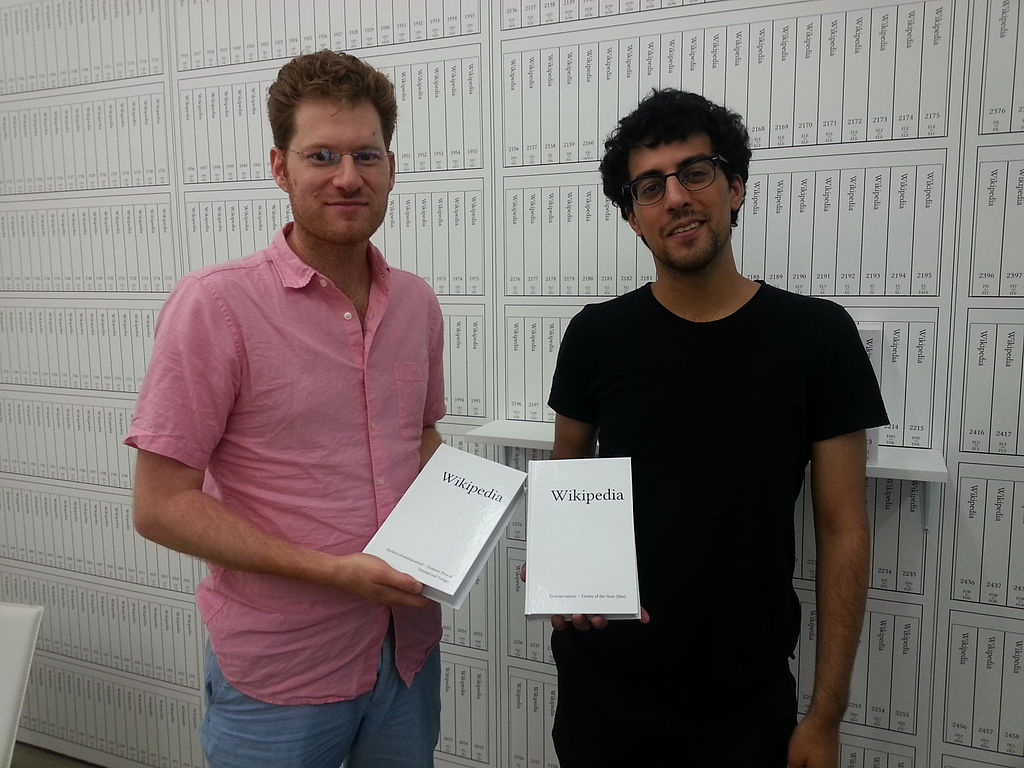 Print your own Wikipedia Book

Wikipedia does include a built-in book creator that would let anyone, include anonymous non-logged users, create ebooks from Wikipedia articles. You can download these ebooks as PDF files or send them to a print-on-demand service like Lulu or PediaPress and have a custom printed book made of your favorite Wikipedia pages.