Find Who Broke the News (or the Embargo) First? 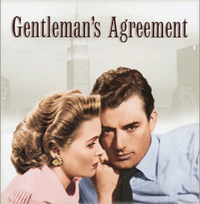 Let’s say a company is about to launch a new product and, as is the standard practice, they have pre-briefed a select group of media outlets and bloggers about the news under an embargo.

The launch date is close and writers have already prepared their news stories so that they can push them as soon as embargo is lifted. And then something strange happens - one media outlet publishes the story ahead of time thus breaking the embargo – intentionally or unintentionally.

Find Who Broke the News Embargo?

Broken embargoes can be frustrating for journalists and bloggers as the limelight (and page views) often shifts to the news publication who did not honor the embargo.

If a news embargo gets broken, here’s a simple way that may help you determine the name of the publication that broke it in the first place.

Step 1. Go to google.com/realtime and type a few words from the story headline.

Step 2. In the timeline, click an area where you have minimal number of tweets around that story. That’s when the news first broke on the Internet and looking at the tweets, you should be able to figure who broke that news.

To give you an example, Google pre-briefed a number of publication about the priority inbox feature of Gmail and the news was supposed to stay under embargo until 9 AM. eWeek however published the story  at 8:36 AM while others still had their story in the queue.