The Twitter Archiver and the Twitter Bots app fire each time a new tweet is found that match your search query. You can write simple search queries (like #Oscars) or more complex query (like obama min_retweets:10 filter:news) that uses one or more Twitter’s advanced search operators. 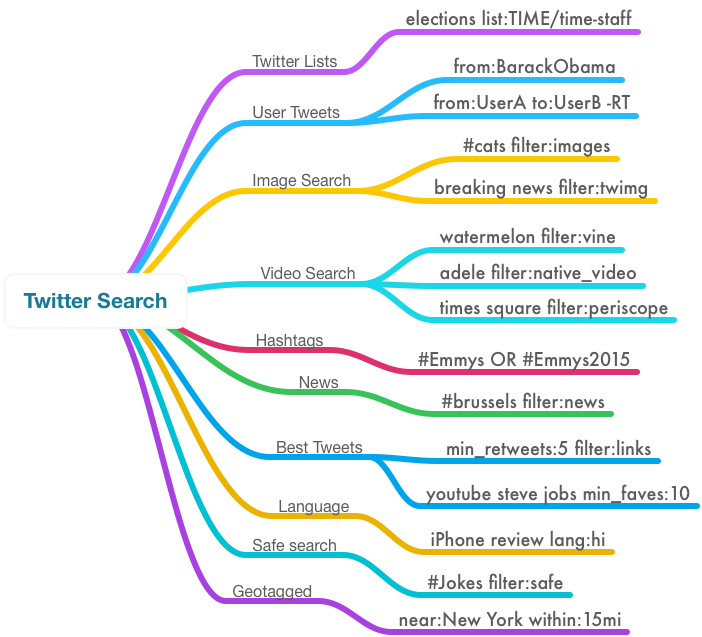 from:BarackObama - All tweets sent by a particular Twitter user.

filter:verified cool OR amazing - Only show tweets from verified Twitter accounts (with the blue tick).

gangnam style filter:replies - Only show tweets that are replies. You can use exclude:replies to remove @reply tweets from search results.

gangnam style filter:retweets - Only show tweets that are retweets. You can use exclude:retweets to remove RTs from search results.

to:BarackObama -filter:links - Tweets sent to @BarackObama but not containing any links.

youtube.com min_faves:100 - Tweets containing YouTube videos that are favorited by at least 100 users.

earthquake min_retweets:10 - Tweets that have been retweeted at least 10 times.

YouTube good OR amazing OR awesome filter:links - Tweets containing YouTube videos that are described as awesome or amazing.

Barack Obama filter:news - Show only tweets that mention a keyword and contain links to news websites. 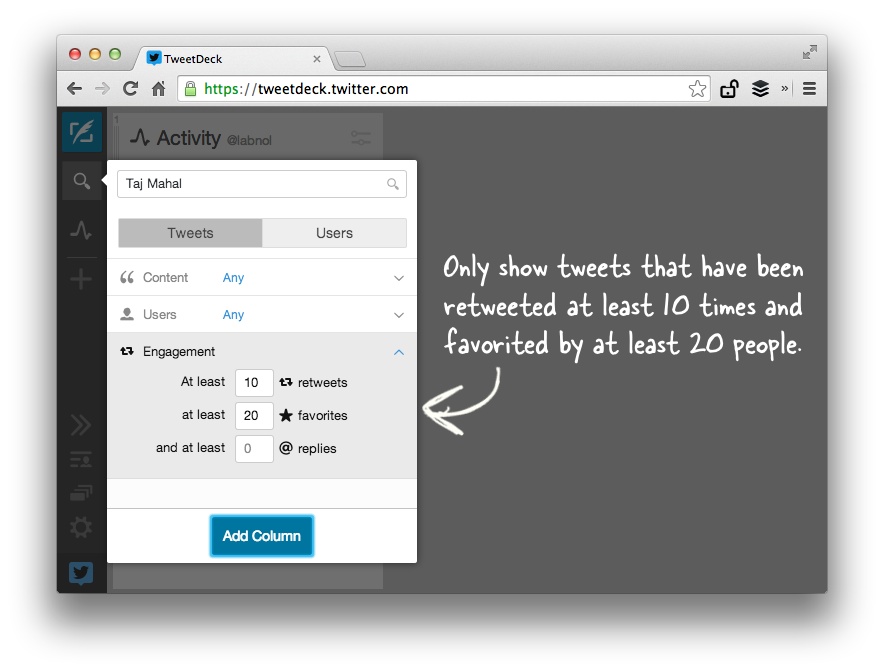 How to Find the Most Popular Tweets

The engagement filter inside Tweetdeck surfaces the best tweets and removes the noise from Twitter search results but the most surprising part is that Twitter has not made this filter available outside Tweetdeck. You don’t even have it inside the official Twitter app.

Well, here’s the trick. You can actually filter tweets by engagement level on the Twitter website or inside any Twitter app using an undocumented search operator that Twitter doesn’t want us to know about.

Go to the Twitter search box, type any search term and append the operator min_retweets:[number] or min_faves:[number] to filter your search results. For instance, here’s a sample search that will only show tweets pointing to the labnol.org domain that has been favorited or retweeted at least 5 times.