Finding a Replacement for Google Reader

Google is a “for profit” company and therefore they would like to avoid spending time and resources on projects that aren’t adding to the bottom line. This makes perfect sense and the positive side of such announcements is that when the big fish leaves the pond, it makes room for the smaller ones to grow, innovate and thrive. 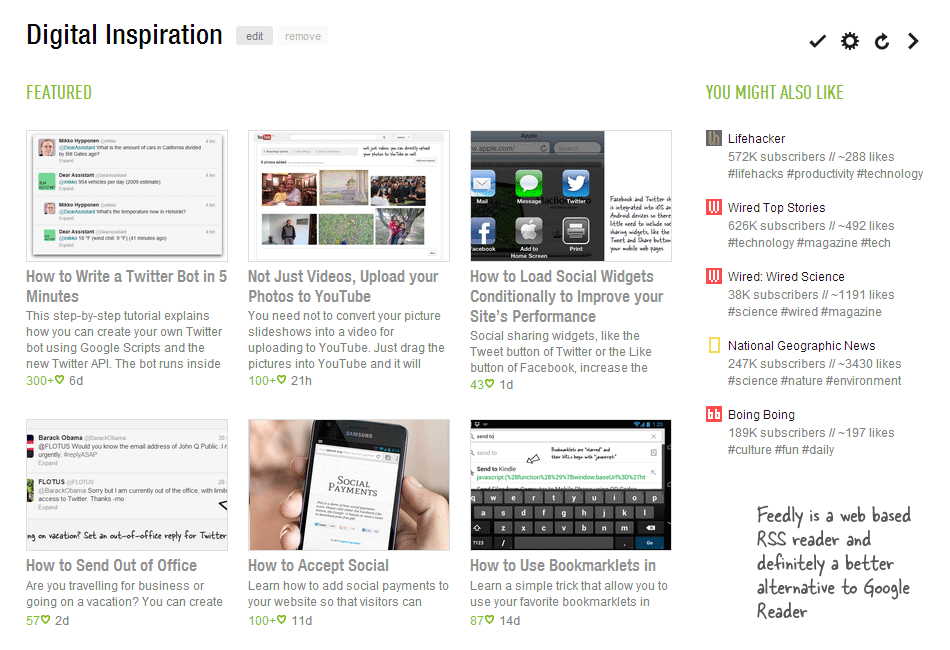 That said, as a blogger and small web publisher, I am saddened to hear about the demise of Google Reader as this will definitely affect business.

This blog has 100,000 RSS subscribers, earned over a decade, and a majority of them are using Google Reader to subscribe to the RSS feed. When Google Reader goes dark on July 1st, I will lose a bulk of these RSS subscribers forever. Some will take the pains and migrate their RSS subscriptions to other platforms but most would just let it go.

A Better Alternative to Google Reader

As a consumer of RSS feeds, it is less of a concern as there are better alternatives to Google Reader.

I have tried quite a few of them of them and my personal favorite is Feedly. It is available as a web app, just like Google Reader, but they also have apps for iOS and Android. The other web-based alternatives include Bloglines (yes, they are still around), Feedspot (the UI is very Reader-esque), Old Reader (minimalistic) and NewsBlur (open source).

I also use apps like Reeder, Google Currents and Flipboard to follow RSS feeds on mobile devices but none of these apps offer a web based interface and therefore you cannot follow your subscriptions on the computer or on devices where these apps are not supported. That’s quite a drawback.

Google Reader was a central hub so you could use different RSS reading apps on different devices and yet your reading lists were always in sync. Not anymore.