A Different Kind of Pop-up Ads in Gmail

Google has long had a no pop-up ads policy across all their sites because, and rightly so, they find pop-up ads annoying - “Google does not allow pop-up ads of any kind on our site. We find them annoying.” The rules may however be less strict when it comes to promoting their own products.

This morning I came across this huge ad in Gmail for one of Google’s own product - the Google Apps marketplace. I refreshed the page and then switched to Gmail’s message view but the pop-up ad stayed around until I clicked the Dismiss button.

Technically speaking, pop-up ads open a new window in the browser but that old technique has largely been rendered ineffective because all browsers now include built-in pop-up blockers. However, if you make the pop-up ad a part of the web page itself, as in the case of these Gmail ads, browsers won’t block them but that doesn’t make them any less annoying.

Like traditional pop-up windows, these new ads also cover a major portion of the web page and they won’t disappear until you close them manually. May be this is just a temporary experiment to promote the marketplace to Gmail users who are on Google Apps but the ads would still fit into the category of pop-ups, just of a different kind. 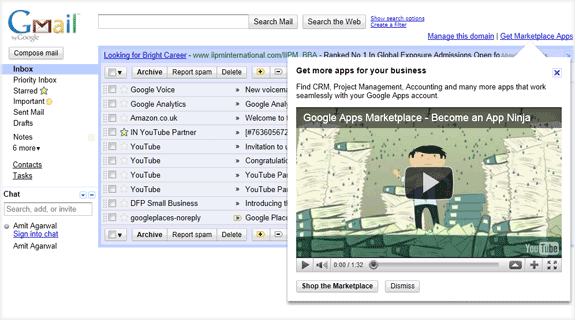 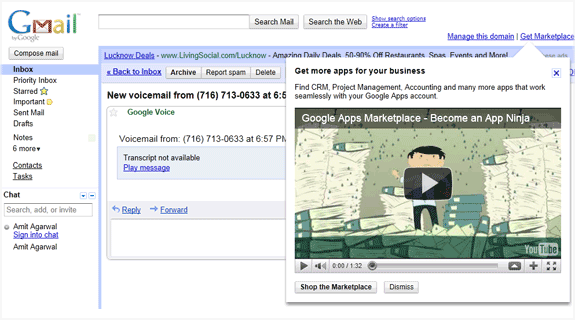