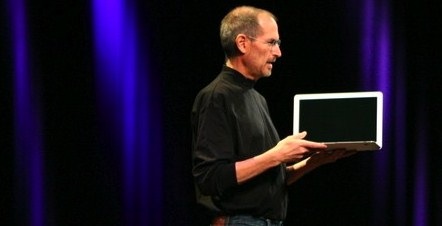 The announcement did generate lot of excitement but all this was old news for Wired readers because they had seen the “Macbook Air” exactly a day before the crowd at Macworld.

Wired said - “Steve Jobs is widely expected to reveal a new MacBook at Macworld on Tuesday morning, and with the rumored name being MacBook Air .. a super-thin, lightweight laptop that ships without an optical CD/DVD drive.”

So they almost got it right. But compare this case with Think Secret, a site that was recently shut down by Apple for publishing rumors about Mac Mini that Steve was supposed to announce at the upcoming Macworld Expo.

Wired did something similar and their rumors proved even more accurate. So would Apple adopt a similar stance here and ask Wired to reveal the name of that “insider source” or shut them down. Thoughts ?