How to Install Amazon Appstore on your Android Phone

The Amazon Appstore is a good alternative to Google Play Store for download Android apps. Amazon frequently has deals in place where you can download premium Android apps and games for free. You can also test drive Android apps in the browser without having to buy them.

The Android App store was previously available to customers in the US, UK, and few other countries but Amazon has quietly expanded that list. Android users in India, Australia, Brazil, Mexico, and South Africa can now download apps, both free and paid, from Amazon’s Android store as long as they have an Amazon account.

To get started, open your Android phone Settings and under Security, make sure that the option Unknown Sources is checked. This is important since Amazon will install apps to your phone from outside the official Google Play store.

Now open the link - amazon.com/appstorelanding - in the mobile browser of your Android phone to download and install the Amazon Appstore app (APK). Launch the app and log in using your existing Amazon.com account to start downloading apps. You can also download apps from Amazon’s website and your purchases will auto-download the next time you launch the Amazon Appstore app on your Android phone.

I tried downloading some free apps and a paid app and the transactions went through without a hitch. It automatically used the existing gift card balance in my Amazon account to pay for the paid app. The only downside is that the test-drive feature for Android apps on Amazon.com is still not live in India.

Also, you aren’t allowed to return apps after purchase. The Google Play store does however allow you to return apps withing 15 minutes of the purchase window.

Parents can open the Settings options in the Appstore app to disable the in-app purchasing option. 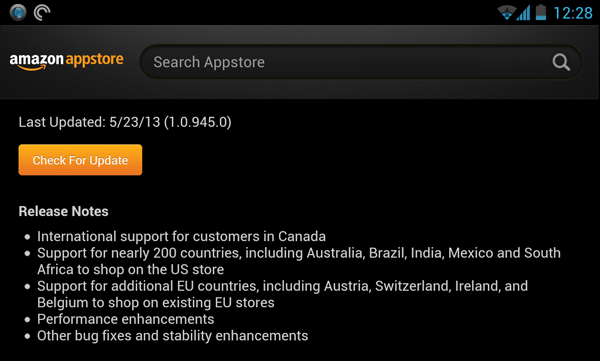