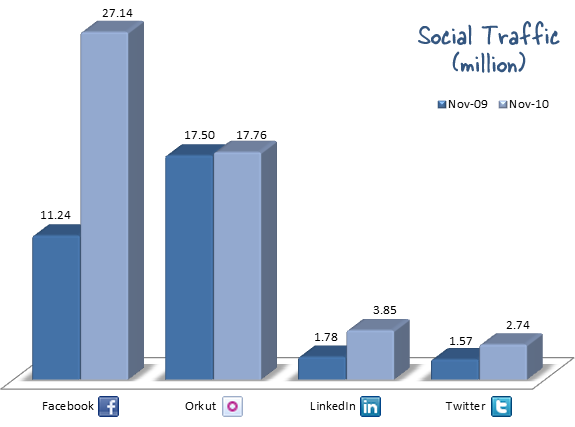 As is obvious from the chart, Facebook experienced enormous growth in India, rising to the top spot, while previous market-leader Orkut has more or less stagnated in this period. LinkedIn and Twitter have also managed to nearly double their audience in a year.

While most old-time Orkut users may have migrated to Facebook, Orkut numbers have not declined because the site is still hugely popular in Tier-II and Tier-III towns of India.

These numbers are based on comScore data and were originally published in the latest issue of Business Today. Thank you Kalpana Behara for the tip.

📮  Subscribe to our Email Newsletter for Google tips and tutorials!
Share on:
Published in: Infographics - social media