Set off and Carry forward of Capital Losses 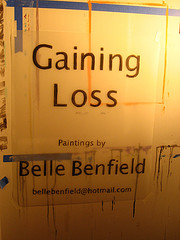 The Income Tax Act provides for a specific way for adjustment of losses arising from sale/transfer of capital assets. But to start with the  process for set off, one has to first separate the capital losses into short term and long term.

However, in the case of securities such as equity or preference shares, debentures, government issuings, and units of mutual funds and the Unit Trust of India (UTI), the assets are deemed short-term if they are held for less than a year.

Conversely, these assets are deemed long-term if they are held for more than a year.

The Act lays down following guidelines which have to be strictly adhered :

1. Losses under the head “Capital gains” cannot be set off against income under other heads of income.

2. Short-term capital loss can be set off against any capital gain (whether long-term or short-term)

4. A long-term capital loss for a case where the long-term capital gain is exempt from tax will have no value. For example, if a share is held for a year or more and then sold at a loss, there will be no tax benefit. So this loss cannot be set off against any other income.

5. If the capital loss cannot be set off against the capital gain of that particular year then it can be carried forward for the next eight years.

6. Such loss can be carried forward only when the return is filed within time.