Economics of conducting a Formula One race in India 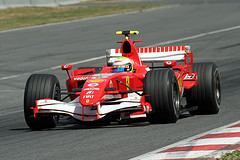 For India’s Formula One racing fans, finally there may be some good news in the offing. There is increasing likelihood that Formula One may make its debut in India in 2009.

Formula One is expanding its reach in Asia. By 2010, South Korea will host a Grand Prix while Singapore would be the first to hold a night race. Among the BRIC nations, Brazil has one while China and Russia have recently joined, so its logical to India also have a F1 circuit as it is a booming economy.

In all likelihood, Delhi would be the lucky one to host the F1 race beating earlier contenders like  Hyderabad, Kolkata and Bangalore. Vijay Mallya, UB Group and Kingfisher Airlines chairman is playing an active role in developing Delhi’s infrastructure for the track before 2010 Commonwealth Games. Mallya also entered into a partnership with the Panasonic Toyota Formula One racing team.

Among the various proposals, the most popular is the one where track starts from Rajpath, go to the India Gate roundabout, curves into the two parallel roads that go around Rajpath, zooms in front of Vigyan Bhavan and behind Le Meridien Hotel and back to end the race at Rajpath. The track will be built on lines of Monaco running through the city.

With the Commonwealth Games coming up, the time may be ripe to build F1 track as infrastructure and airport facilities are being spruced up. This would make entire project less expensive as compared to Rs.500 crore needed for a greenfield track. Other major costs include resurfacing the entire stretch for safety of the speeding F1 cars at 350 km/hr.

The total land needed to set up track is 750 acres with the track, pits, paddocks, and stands accounting for approximately 300 acres. The land and infrastructure cost is estimated to be Rs.1500 crore. Plus, the the rights fee to Formula One Administration ranging from Rs.63 crore to Rs.210 crore.

But the returns on investment are also equally attractive. A F1 race can generate Rs.800 crore revenues and employ 10,000 people. The hotel and tourism industry also gets a boost as  around 300 international flights reach the host city carrying over 3000 technicians, supporting staff and drivers apart from the 70% non-local spectators. The city can also use the infrastructure as a world-class entertainment centre for the period when races are not being held.

But the city also needs quality infrastructure of international standards to host the event. The airport should be able to handle seven large transport aircrafts like 747s simultaneously and customs should clear massive amounts of technical equipment of the teams and television rights holders in a matter of hours. The airport should be connected to the race venue with at least a six-lane expressway. Besides, the hosting city should have hotels with the 4,500 star rooms out of which 1,800 have to be of five star standards.

Given, India’s rising sales growth in car sales and massive amount of advertising and marketing interest in F1 race, India could certainly leverage on the track and make Delhi a leading sport and tourist attraction.