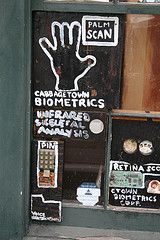 According to estimates, around 15 lakh of the total four crore PAN cards issued are duplicated by providing wrong information about their home address or even by furnishing ‘different names in the column of father’s name’ to get two or three PAN cards.

The step to introduce biometric PAN cards has been undertaken not just by recent incidents of issue of fake cards but also due to terrorism threat. The government fears that PAN cards could be an easy tool for terrorists to open bank accounts to finance their activities.

Biometric PAN cards will not only provide a unique identity to assessee but also discourage evading of information regarding investments and high value transactions. It will also increase faith in the legal system of the country.

However the government may face opposition from certain sections of society for seeking more information and the cost of the new card. At present, acquiring a PAN card costs Rs.67. But the biometric cards would cost anything between Rs. 200 and Rs. 300, leaving aside the cost of setting up the infrastructure to issue these cards.