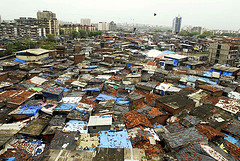 Being the pioneer in Indian retail space, Kishore Biyani’s Future Group is tapping an unconventional and unexplored but highly potential target market of urban slums.

The group recently launched KB’s Fair Price Shops in Delhi and would expand the concept initially in top 8 metros. In most likelihood, the stores in urban slums would be based on the same concept offering daily staple items at prices lower than MRP.

Pantaloon is toying with this idea based on a study conducted in Mumbai where two-third of the population lives in slums and 60% of them are migrants. The study analysed the lifestyle, earnings, spending behaviour, consumption pattern and attitude toward shopping destinations and brands.

The study found that the slum dewellers don’t visit the modern shopping stores as it’s time and money consuming, perceived expensive. Also, they don’t  feel comfortable among  educated and middle-class people and  are apprehensive about kid’s reactive demands.