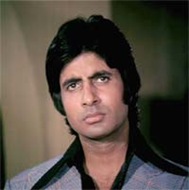 We will look at one such Mega brand in the Indian context. The brand is called Amitabh Bachachan. It has existed for the past 35 years.

Brand Amitabh Bachchan has a 90%+ awareness levels amongst Indians (At least 90% of Indians will know of the brand – kids below 2 and tribals excluded), will have a 70%+ penetration (at least two out of three Indians would have experienced/consumed the brand across media - TV, print, Internet, films and books) and there would be at least a 30% repeat consumer base. At least one out of three Indians would have consumed it more than twice.

I must admit, this is no Nielson data. This is purely based on gut and the best judgment of this writer.

Much like any other brand, this brand has had its high and lows, but has managed to emerge out of every low so far, evolved and expanded itself riding the very two factors above. At every crossroad, it has managed to re-invent itself and expanded its product offering to become more relevant to its consumers. It retained the brand character; fine tuned its attributes to changing times and products, and expanded its distribution via media choices. It started from Films only to TV to Print to Internet, its now available simultaneously across all forms of media.

While it started as a film character, the brand had a certain set of core values, that could be personified on screen – Unconventional good looks, Angry, against the odds, fire in the belly, espousing Core Indian Values of high relationship quotient (emotional bonding with relations and friends), Social equilibrium (voice of the downtrodden), Humble son of the soil. Irrespective of the film – you could almost say what this character will or will not do.

The brand tugged at the hearts of millions of Indians, and was an instant hit – film after film. It was carefully handled by a few directors and screenplay writers (brand managers). Until it reached a point where those brand managers were not available anymore and the brand began to falter. But by this time, the person, who had played the brand year on year, began to understand himself. Thus, the brand was re-launched via television. The basic character intact, with a slight makeover, the same character map as earlier – just with a bit of tinkering to dial up a few values and dial down some others. For Instance - Core Indian Values (Relationship quotient), Social equilibrium were dialed up a bit.

This worked well for the brand; the equity was further strengthened via product endorsements along similar lines. But after a point in time, it needed another makeover. And this time it was the Internet in the form of blogs. Creating a sub community amongst loyal consumers and giving itself a new lease of life. Again the set of attributes is the same as what it was 35 years back. Its’ still Angry, against the odds, Espousing core Indian Values, Social Equilibrium and Humble son of the soil.

What has helped immensely is the distribution expansion via the choice of media to ensure distribution and consumption. It has only expanded with time, reflecting the changing consumer lifestyle and technological advancement.