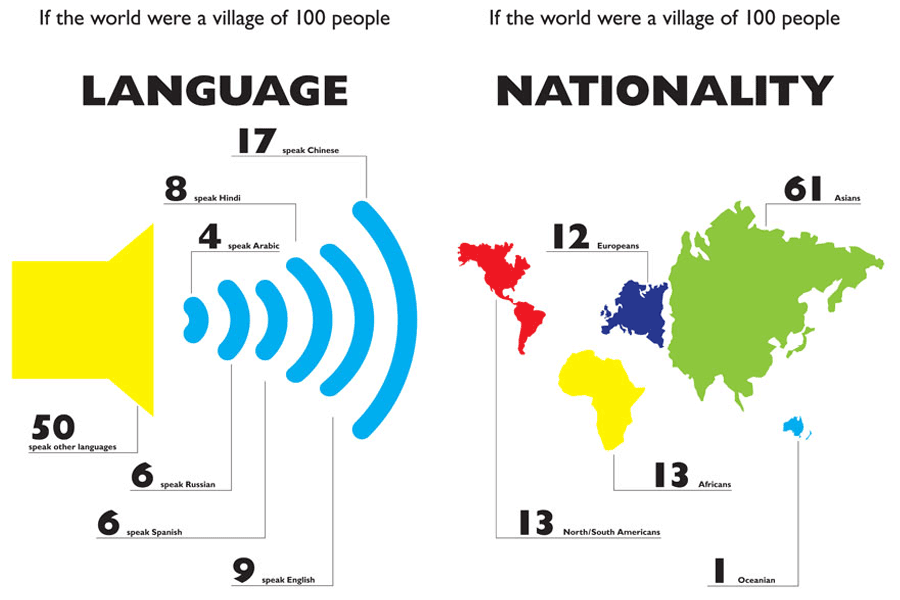 What percentage of the total world’s population is literate? How may have computers in their homes? What languages does the majority speak?

World statistics are often hard to remember but if the same data is presented with visuals and in relative form, things can get a little simple. That’s exactly how designer Toby Ng is approaching the problem with his World of 100 project. He has created a set of 20 posters around various world statistics but instead of talking in billions, numbers that are hard to visualize, the theme revolves around a village that has exactly 100 people.