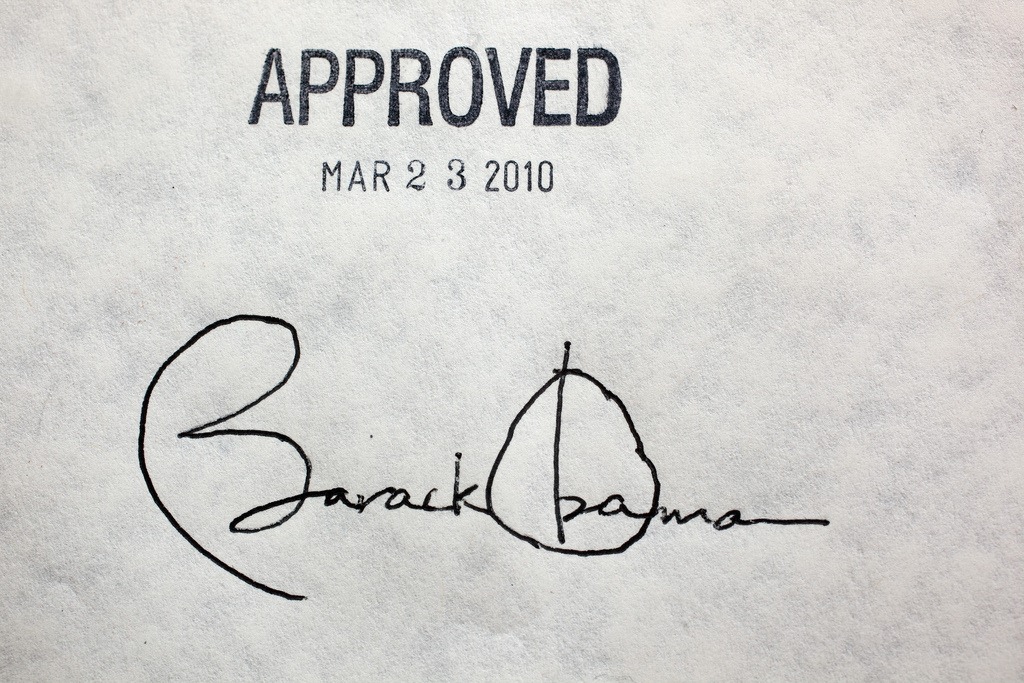 President Barack Obama signed the historic healthcare bill at the White House using not one, or two, but 22 different pens to sign this history bill.

The TIME explains the rationale behind multi-pen signatures:

The pen used to sign historic legislation itself becomes a historical artifact. The more pens a President uses, the more thank-you gifts he can offer to those who helped create that piece of history. The White House often engraves the pens, which are then given as keepsakes to key proponents or supporters of the newly signed legislation.

You can actually make out that the signature was not written in one shot – just look at the breaks in the letter ‘O’ of his name.

The Pens of President Obama

Here’s a video from White House where Staff Secretary Lisa Brown explains why Presidents of America use so many pens to sign important or historic legislations.