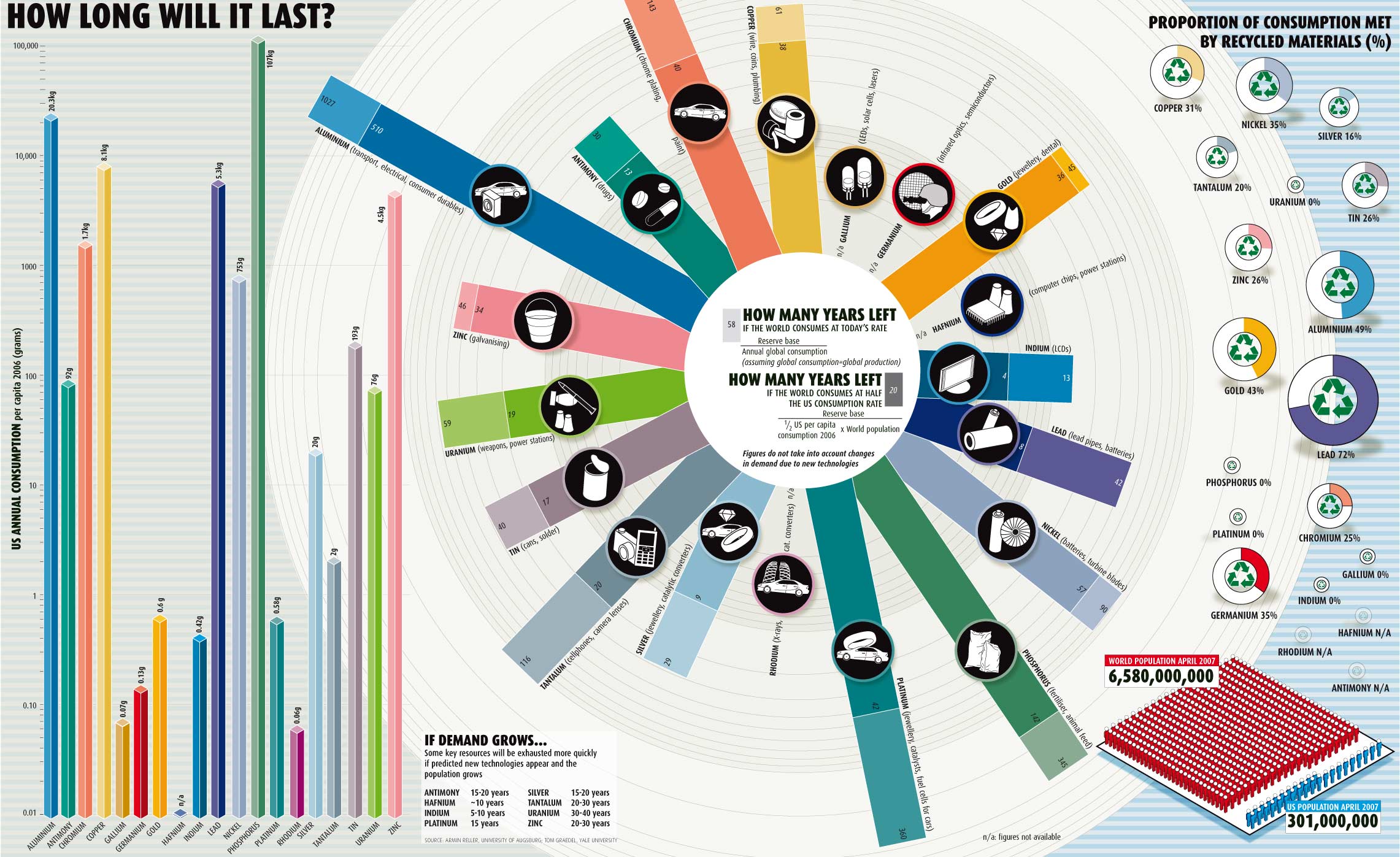 If you were wondering how long will global reserves of some important metals that are used in electronic devices last, here’s a clue.

Tantalum is a rare metal that is used in the manufacture of cell phones and camera lenses but you’ll be surprised to know that if every human on the planet were to consume this metal at the same rate an average US resident today, the metal supplies won’t last for more than 20 years.

Similarly, we won’t be left with any stock of Indium, another rare metal used in LCDs and touch-screen displays, after 4 years if the world consumes this metal at the same rate as US today.

This report, which roughly demonstrates how quickly time is running out for some rare and important metals, was original published in New Scientist in 2007.

Armin Reller, a materials chemist, estimates that we have, at best, 10 years before we run out of Indium. Its impending scarcity could already be reflected in its price: in January 2003 the metal sold for around $60 per kilogram; by August 2006 the price had shot up to over $1000 per kilogram.