How to Quit Smoking with help of your Mobile Phone

Can a mobile phone or PDA device help you quit smoking ? 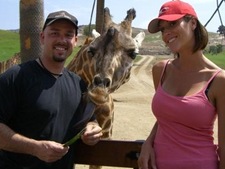 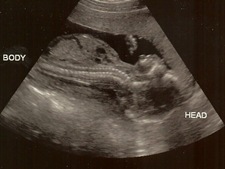 Conrad Morris (see here with his wife, the couple is expecting a baby boy soon) shares how he was able to quit smoking gradually using his PDA and some simple software.

“I had been a smoker for some 20 years.  About a year ago that time frame really hit me hard, and with my first son on the way I decided it had to end.  I had tried countless techniques before: Gum, patches, hypnosis… you name it, I tried it; nothing worked.

When I made this commitment to myself I decided to try a very simple method using my PDA (dell axim x51v) and a small piece of software (SPB time).  SPB time allows you to set a reoccurring countdown timer that would sound an alarm and restart the cycle once you acknowledged the notice.  I would wake up, light my first cigarette and set the timer in motion for every half hour (about my daily average prior to quitting).

Every hour it would sound, and I would go smoke.  Never before the alarm and never after…just on the alarm.  Each subsequent day, I would adjust the alarm by extending it by 5 minutes, maintaining my discipline: Never before and never after.  After a week, my pack a day went to half a pack; in two weeks just a few smokes a day.

Now I must admit, when I got down to just three smokes a day, I stopped using the timer method and just used “meal times” as my timer:  Morning coffee, lunch, and dinner.  This was problematic however, as I just couldn’t seem to shake these last three smokes.  My wife and I discussed it in detail and I agreed to try just the morning smoke with my coffee for a week.  She would call me on my lunch and talk with me the entire time and offer encouragement when I needed and of course at dinner I had her support as well.  Just one smoke a day now!  Awesome.

One morning, few months after my experiment, I woke up a little later than normal and was in a slight rush skipping my first smoke of the day.  I didn’t even think about it until my lunch-time phone call from my wife.  I was so encouraged I tried it the next day and the next…now, one year later I haven’t touched a cigarette.   Sometimes, at social events, I still feel that tugging to go have a smoke, but each day that tugging is less and less.

Like I said, not as exciting or interesting as some of your other entries I am sure, but a milestone in my life, and the lives of my family.   A PDA and a simple piece of software.”