The Inner Circle of Steve Jobs

Phase 2 - Apple will send review units to a very select group of people (let’s call them the Inner Circle). These reviewers get to test the product (secretly) for days and, on a pre-decided date, they can push their reviews online.

Phase 3 – Consumers can now buy the product. That’s the day when you see long queues of people camping outside the Apple retail stores.

We’re still in Phase II of the iPad launch – the first reviews are in and everyone seems to be pretty impressed with the Apple Tablet Slate.

Also see: How to Deliver a Presentation Like Steve Jobs 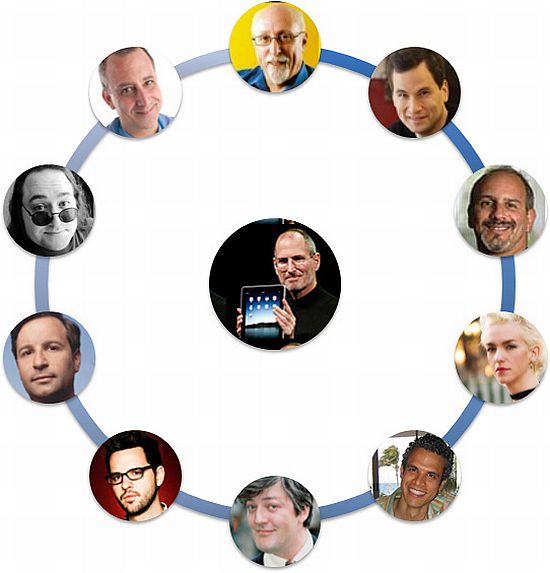 The Inner Circle of Steve Jobs

If you compare the launch of iPad with a previous Apple product (say iPhone), you’ll notice one major change – Apple seems to have expanded their “inner circle” and, for the first time, they’ve sent review units to at least one person who is a popular blogger but not part of the mainstream media.

AOL’s Engadget and Gawker’s Gizmodo are the biggest gadget sites in the world and they probably draw more eyeballs that most mainstream websites put together but they’re not part of the Jobs’ circle yet.

Update: Some more people have received review units from Apple though only after the first reviews were in. These include Natali Del Conte of CNET (CBS News) and Michael Gartenberg of ComputerWorld.