The dream of a “paperless office” is still far from reality and printers continue to be a ubiquitous part of our homes and workplaces.

However, in the last few years, while mobile phones have transformed from being mere “calling devices” to “smart computers”, printers are still seen as “dumb” devices that are too dependent on the computer. That’s because you always have to install device drivers on a computer for the printer to work and second, you can only send printing jobs to a printer through a computer.

So, for example, if there’s an airline e-ticket or an Excel sheet on your BlackBerry or iPhone that you want to print on paper, you’ll have to first transfer that file to a computer before printing because printers and smartphones are still not familiar with each other. Yes, there are some apps that permit printing from mobile phones but these are again tied to the computer.

HP has recently launched a new range of consumer printers that seem to tackle this problem in a very interesting way. They call the new range Photosmart Premimum.

The printers are web-enabled and you can just connect them to the Internet through an ethernet cable or over Wi-Fi – they work out of the box without requiring a computer and you therefore don’t have to worry about installing any device drivers.

Email is the new Print Command

Every printer is assigned a unique (and impossible-to-guess) email address – you can just send your Office documents, pictures or PDFs to this email address and the files will get printed within the next minute. Since the email message is the new Ctrl+P, you can use the printer to print stuff from any device that is capable of sending email be it a mobile phone, a gaming console, an old PDA, your Internet-enabled TV  or even an iPad.

I have had a chance to play with these printers and they almost work as advertised. You send an email from your mobile phone and, assuming there’s no paper jam and that there’s enough ink in the printer, the print job is ready within the next 30-60 seconds. If your email message has multiple attachments, they’re all printed but on separate sheets.

Print Apps for your Printer

There’s more. You can download and install apps on your printer (just like a mobile phone) and these apps can pull web pages and other content directly from the Internet. 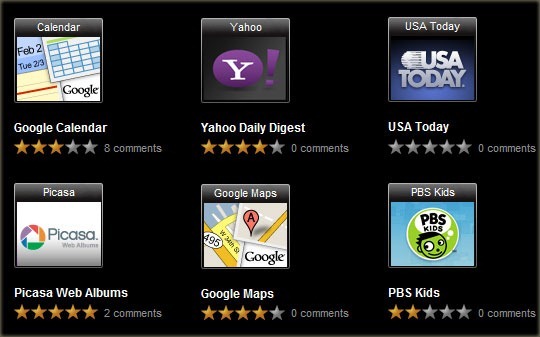 For instance, there’s an app for Google Calendar to help you print your daily or weekly calendar. Or you can get the daily news headlines using the Yahoo! News or USA Today app. The Google Maps app lets you find addresses using the virtual on-screen keyboard (it’s fairly usable) or you can even print driving directions without requiring a computer.

The Print Apps Marketplace isn’t huge yet but the company will soon provide an SDK to third-party developers and that might change the equation. All apps are currently free but there are plans to have paid apps as well where HP will split the revenue with the developer using the industry-standard 70-30 model.

Finally, there’s another brilliant feature in these web-enabled HP printers that’s worth a mention – you can store files to the Google Cloud directly from the printer. For instance, you can scan a document and the scanned image will get stored to your Google Docs as a searchable PDF.

Going forward, you should also be able access your Google Docs files directly on the printer though these features weren’t available at the time of writing.

You can watch the following video to understand how apps work on the printer.

There’s however one limitation with email based printing on smartphones. How do you print stuff that you cannot attach to an email message. For instance, most smartphones don’t offer you an option to save a local copy of web pages so how do you send web pages from the phone to the printer?

HP won’t comment on whether or not they are working with phone companies like Apple, HTC or RIM to bring native printing support in smartphones but until then, it will not be easy for consumers to print raw web pages directly from their phones.

That said, if you are out in the market looking to buy a new printer (or an all-in-one) that is more than just a worthy replacement for your old printer, it obviously makes more sense to go for these web-enabled printers because you get all the features of a regular printer, you can print documents and photos directly from mobile phone(s), you don’t have to turn on the PC for printing your daily dose of Sudoku and the same device can also help you go paperless once the Google Docs storage link is live.