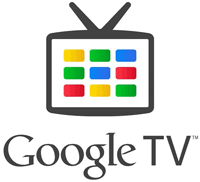 The content on the web is exploding, our Internet speeds are getting better and, fortunately enough, there are a plethora of affordable devices available that can bring most of the online content to our living room TV without even requiring a computer.

This category of devices, also known as digital media players, connect to your TV at one end and the set-top box at the other.

It doesn’t matter whether you have a standard TV or an HDTV – they should have the right input ports and then all you need is a wired or wireless Internet connection to enjoy the web from your couch.

Which Media Player should you choose?

When it comes to choosing a media player, your main options are Roku, Boxee, Apple TV, WD TV Live and Logitech Revue powered by Google TV. If you are in the the US, you would probably compare the boxes based on their support for Netflix, Hulu, Pandora, Amazon Movies, etc. but the selection criteria would be very different here as none of streaming services are available in India.

The $99 Apple TV is polished but mostly designed for people who buy content from iTunes. Boxee supports most common video formats and offers a wide variety of content but at $199, Boxee TV is twice as expensive as the other digital media receivers.

The new Roku media player, Roku 2 XS, also offers content from popular sources and the box itself is quite portable but there are some major limitations - Roku does not ‘officially’ supports YouTube nor can it stream content over the home network out-of-the-box. That means if you have photos and videos stored on your computers, you cannot enjoy them on your TV even if the Roku box and the computers are on the same network.

The $99 Logitech Revue with Google TV

I therefore decide to go with Google TV based Logitech Revue which runs on Google TV. Revue is available on Amazon.com for $99 and the convenient part is that you can get it delivered to any address in India for a $26 shipping fee - I didn’t have to pay any import duties either so it was kind of a good deal.

I have been using it for about two weeks now and really like the thing. Here’s a quick video tour /review of the device in action:

Google TV Review - It works outside the US too!

The installation was pretty straight-forward. You connect Google TV to the TV unit with an HDMI cable while the other HDMI cable connects the set-top box to Google TV - the latter step is optional but you would need that in case you like to watch Internet content alongside your regular TV channels.

The integration of Google TV with YouTube is absolutely fantastic. You can switch to the Leanback mode for a full-screen experience. If you are signed in with your Google account, you can also access your YouTube playlist and favorites on TV.

Google TV offers one-click access to video content from popular sources like CNN, The New York Times, CNET, Revision3, al-Jazeera and more. On a side note, I am quite surprised that Leo Laporte’s TWIT.tv is missing in the list though you can always add that channel on your using the Queue feature mentioned below.

The unit ships with Google Chrome browser so you can enjoy virtually all Internet content on your TV just like you do on a computer. I doubt if I would ever use a TV for replying to emails or for creating a presentation but that is quite easy to do with Google TV’s browser.

It might feel a bit odd to use a QWERTY keyboard as a remote control for your TV but you don’t have to - there are free mobile apps available that will turn you iPhone, iPad or your Android mobile phone into a remote for Google TV. Unfortunately, these apps aren’t available in the Indian iTunes store but you can easily bypass that with a second iTunes account.

The other interesting feature in Google TV is Google Queue. This actually a podcast catcher application where you can subscribe to video podcasts and stay updated as new shows become available. The podcasts are however streamed directly from the Internet as Google TV has no storage for downloading podcasts.

The Revue keyboard, like the Chromebook laptops, have a dedicated search button that lets you simultaneously search the web, video channels and Twitter among other places. It is easy to switch between Internet TV and cable TV or you can use the Picture-in-Picture (PIP) button to watch regular TV while also replying to a tweet on Google TV.

Google TV is designed for the American market and thus it would only recognize your set-top box as a “Generic Video Source” meaning you won’t be able to search your TV programing schedule from Google TV. Also, I was unable to configure the Revue controller as a remote for the cable set-top-box.

Most online publications slammed Google TV when it launched initially with a $249 price tag but with the recent price drop, Google TV is suddenly a value-for-money device.

Update: Google has finished rolling out the Honeycomb upgrade to all Logitech Revue Google TV units globally and that bring a revamped user interface and the Android Market to your Google TV.

Some popular games and apps like CNN Money, The Big Picture, All Recipes TV and others are now available for Google TV. If you are upgrading to Honeycomb, make sure that you adjust the screen resolution before accessing the Android Market else some apps may not look right on your TV.